As part of the yearly update to its chemical ingredient listings, Bluesign has strengthened its standards for free aniline content in textile chemicals, such as indigo dyes, in response to changes in US EPA rules.
All Bluesign ‘Approved’ indigo kinds now need aniline reduced indigo. It’s likewise prohibited in other dyes and auxiliaries, with a 500 mg/kg restriction (ppm) Limits on solvents used in printing inks and a variety of other auxiliary chemicals have also been tightened by Bluesign. Regulatory bodies such as the United States Environmental Protection Agency impacted the decision to restrict the use of free aniline in formulations.
Bluesign has established a new consumer safety limit for 2-pyrrolidone, a solvent often used in printing inks. The mid-term aim is to specify a prohibition on the use of N-methylolacrylamide, which must be designated as hazardous to reproduction. Bluesign also specifies a restriction on the use of 2 Butanone oxime, which is carcinogenic and is already listed on BSSL – consumer safety limits. ChainUP Technology Backs Small and Medium Exchanges to Break Through 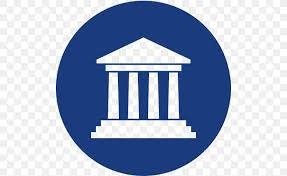