Shri Rughani said that in the global market MMF textiles have been leading over cotton and although in India the scenario was different it has been gradually changing and MMF textiles is slowly gaining an important position in the Indian textile basket.  Shri Rughani asserted that to realize its full potential the Government will have to give the MMF textile the necessary boost in form of benefits and incentives.   He also remarked that the pandemic has affected exports and MMF textile industry has also been hit by it although, the SRTEPC Chairman said that member exporters have successfully ventured into the manufacture/export of PPE items which has been in demand during this crucial period.  He also informed that India is the second largest manufacturer of PPE items.

Representing the Indian MMF textile sector, the SRTEPC Chairman made certain suggestions which he believed would give the MMF textiles a filip.  He requested that the entire MMF textile chain be included under the RoDTEP Scheme and that the rates need to be fixed at the earliest.  He also suggested that to factor the MEIS benefits under the RoDTEP Scheme.  He also requested that the Textile Merchant Exporters be treated on par with Manufacturer Exporters.  Some of the points suggested by the SRTEPC Chairman were focus on branding, rationalising GST on MMF textile segment, cover the entire MMF textile value chain under the PLI Scheme and relax the threshold limit of turnover, fibre neutrality and ECGC to cover both pre-shipment and post shipment credit.

The SRTEPC Chairman emphasized that with the able support of the Government in form of benefits and incentives, the Indian MMF textile industry would be a name to reckon with in the global market.  Shri Rughani said that he was confident that under the able leadership of Shri Singh the textiles sector in general and MMF textiles in particular would definitely scale greater heights. 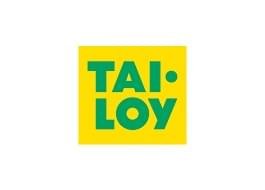