Shri Sanjay Garg, President NITMA hails Government for announcing the Production Linked Incentive (PLI)  Scheme for Textiles and stated that this decision of the Government , led by Hon’ble Prime Minister, Shri  Narendra Modi Ji, is a big step forward towards realising the vision of ‘AatmaNirbhar Bharat’.

Shri Garg welcomed the decision of the Hon’ble Prime Minister for approving the PLI Scheme for Textiles for  MMF Apparel, MMF Fabrics and 10 segments/ products of Technical Textiles. PLI for Textiles along with  RoSCTL, RoDTEP and other measures of Government in sector e.g. providing raw material at competitive  prices, skill development etc will herald a new age in textiles manufacturing, Shri Garg stated.

Shri Garg thanked the Hon’ble Prime Minister Shri Narendra Modi ji and his able team headed by Shri Piyush  Goyal, the textile Minister for allocating Rs.10,683 Crores over the five years to boost domestic manufacturing  of MMF, garments and technical textiles. They have shown confidence in the textile industry and he hoped  that Indian textile manufacturing sector will regain its dominant role in the global textile trade at this important  juncture when India’s share has gradually declined over the years.

He stated that technical textile can be used for production of personal protective equipment kits, airbags,  bulletproof vests, and can also be used in sectors such as aviation, defence, and infrastructure. MMFs, such as  viscose, polyester, and acrylic, are made from chemicals.

Shri Garg hopes that with this Scheme, special attention will be given to generate more employment especially  to the women, this scheme will empower them further and increase their participation in the formal economy.

Shri Garg has of the view that the PLI scheme will attract investment both domestic and through foreign direct  investment and it is a timely move against the backdrop of a slowly recovering economy. He said and hoped  that this scheme will result in fresh investment of above Rs 19,000 crore and additional production turnover  of over Rs.3 lakh crore in five years as envisaged by the Government. 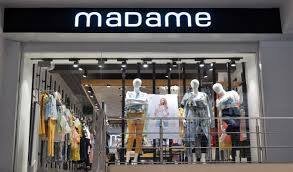