India descended its rank by one place in Swiss Bank Ranking 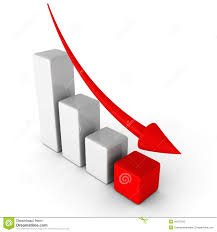 According to the statistics released by Swiss National Bank states that as per the analysis India remains on lower rank when it comes to money parked by the Indian individuals and enterprises in a Swiss Bank. India has descended its position from being 73rd to 74th rank while the UK retained its top position.

In comparison, the top-ranked UK accounted for more than 26 percent of the total foreign funds parked with Swiss banks at the end of 2018.

The top-five countries alone account for more than 50 percent of the aggregate foreign funds parked with the Swiss banks, while the top-10 account for nearly two-thirds.

Among the five-nation BRICS block of emerging economies, India is ranked the lowest while Russia is ranked the highest at 20th place, followed by China at 22nd, South Africa at 60th and Brazil at 65th place in terms of the amount of money parked by their residents and enterprises at the end of 2018.

The official figures, disclosed annually by Switzerland’s central bank, also do not include the money that Indians, NRIs, or others might have in Swiss banks in the names of entities from different countries.

It has been often alleged that Indians and other nationals seeking to stash their illicit wealth abroad use multiple layers of various jurisdictions, including taxes to shift the money to Swiss banks. RAPID SPREAD OF ‘COVID-19’ VIRUS IN INDIA: TEXPROCIL EXPRESSES DEEP CONCERN FOR ITS IMPACT ON COUNTRY’S ECONOMY INCLUDING EXIM