URI research is bringing together high tech and textiles to help folks living with Parkinson’s disease.

They’ve developed what they call a “smart glove.” And because it’s working so well. So far, they’ve been awarded a $249,977 federal grant.

“Basically, the idea here is that we want to try to help the neurologists understand how the patient’s doing when they’re not in the clinic,” said Nicholas Constant, who has worked on the smart glove project since its inception.

Constant is pursuing a doctorate in electrical engineering and is a research assistant.

Andrea Hopkins, 73, volunteers in the lab to help test the smart glove. She was diagnosed with Parkinson’s 15 years ago.

“There’s no cure for Parkinson’s disease,” said Hopkins. But she’d like a way for her doctor to keep track of her progress outside of an office setting.

The idea is for patients to perform exercises while wearing the smart glove in the comfort of their home.

Results would then be sent immediately to their doctor who could gauge how a patient is doing and whether or not medication should be tweaked.

“We are making this technology to work in the future. We are not just doing it for research sake and making publications,” said Kunal Mankodiya, director of URI’s Wearable Biosensing Lab and the person who came up with the smart glove concept four years ago.

It’s been improved over time but the question, he says, is this: “Will physicians depend on the data and that is a very difficult question to answer.”

So they’re in the midst of clinically validating this smart glove.

“We’ve been going to Rhode Island Hospital on Wednesdays and the doctor will bring in some patients that he sees. During the clinic we go through the exact same process you saw in front of us and the results have been good so far,” said Constant.

Andrea thinks so too and would like to see this smart glove go to market.

“I see my neurologist every six months. Things can happen in between those visits and if it happens gradually to me I may not notice that something’s going on. If I have something like the smart glove, my doctor can see me–the results of wearing it, he might notice something,” said Hopkins.

The two year grant was awarded by the National Science Foundation because of the smart glove’s commercial potential. 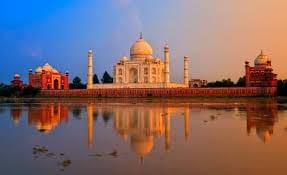