Fashion and lifestyle retailers are cutting production ahead of the crucial Diwali festive season as they moderate their sales targets due to poor consumer sentiment and sluggish demand. Most retailers have already placed their orders for Diwali with suppliers, but they are using whatever curtailment leeway of 5-10% available to them for the months until December, industry insiders said. Large retailers such as Future Group, Reliance Retail and Aditya Birla would generally place their orders for Diwali by March-April but now production companies fear they might cancel some of the orders due to the overall economic slowdown. “Whatever sales we had projected for the season, now we have decided to cut it by 10%,” said Rahul Mehta, managing director at Creative Casuals that supplies garments to Reliance Retail, Aditya Birla and Shoppers Stop among others.

A top executive of one of the largest retailers in the country said growth of same-store sales – a retail yardstick to gauge the performance of outlets that existed for a year or more – for organised brick-and-mortar retailers have dropped this year to below 5% from the usual high single digit growth over the years. “Confidence is so lacking that everybody is becoming cautious,” said the executive. “If the current growth rate is 5%, can I produce at 20% (expected growth) and pay my vendors?” Kumar Rajagopalan, CEO of Retailers Association of India, said organised retailers are still showing somewhat growth but the unorganised sector is bearing the real brunt at present.“Hardly any small retailer is saying they have done well in the last two months,” he said. “They have been hit the hardest.” Garment suppliers are particularly nervous about small retailers, who generally place orders in July-August. “Smaller retailers could cancel orders,” said Mehta, who is also the president of Clothing Manufacturers Association of India. “None (of our members) will share their individual details, but from our general talks and discussions, I get the feeling that most of us will (have to) cut production.”

The trend is already visible. A listed retailer has decided to cut production by 10% at its textile manufacturing unit to deal with accumulating inventory, according to a large supplier who preferred not to be named. In June, the company also halted production for a week. “There inventories weren’t moving at the required rate so they had to halt production. Payments to some of the vendors is also due,” he said. Chief executive officer of a global apparel retailer that has been in operating in India for more than two decades said, “Consumption is on an all-time low, sentiments are down and inventory is piling. The sector is under stress. Sale is happening only when it is led by heavy discounts.” 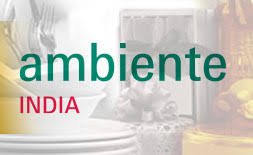