Delhi Police’s Economic Offences Wing (EOW) had arrested Sinha in Mumbai on Sunday, acting on an FIR registered in 2015 on a broker’s complaint over the scam that surfaced in July 2013 when around two dozen counterparties failed to make pay-ins on the exchange.

A subsidiary of FTIL, National Spot Exchange was promoted by Jignesh Shah.

“Shah was very desperate to generate profit in the subsidiary companies. He devised the introduction of a new business concept in NSEL, even violating conditions of licence of NSEL given by the Ministry of Consumer Affairs,” the police said in a statement on Monday.

“The companies, namely Brinda Commodity Pvt Ltd, Mohan India Pvt Ltd and Taveshi Enterprises Pvt Ltd, were contacted through one Jai Shankar Shrivastav who was ready to give 16% annual return on the investment under the colour of sale purchase of sugar. This created a huge business volume on daily basis on NSEL platform and this also raised the annual profit of the company to ₹125 crore during the year 2012-13,” EOW’s statement said.

Shah, along with some former officials and promoters of NSEL, is being investigated in separate cases by the Central Bureau of Investigation and Mumbai Police’s EOW for allegedly causing fraud of ₹5,600 crore to 13,000 victims.

During the course of investigation, it was found that the NSEL platform for spot trading was designed by the management of the exchange with assured return investment schemes, investigators said. 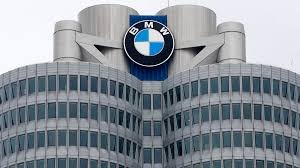 For second half of year BMW remains “cautiously optimistic”