Electricity Bill 2020: ‘More power in the hands of consumers’. Bringing consumers to the centre of the power system, the Union Power Ministry has come up with rules that prescribe minimum standard of services for consumers of electricity and confer rights on them for receiving such services.

Briefing media persons on the details of the Electricity (Rights of Consumers) Rules, 2020, Power Minister RK Singh said these rules are aimed at making life easier for consumers of electricity and the rights conferred on them are enforceable, which means any violation would attract penalties.

“It is a law and this has to be complied with by everybody in the power system including the States. It is a concurrent subject and we have done wide stakeholder consultations before framing the Rules,” Singh said when asked if States were consulted and whether he expected the States to comply with them or not.

He said such rights were required given that Indian power system is largely a monopoly.

He also said that Power Ministry will soon put in place a mechanism for monitoring the implementation of these rules and introduce a system of reporting to the Centre.

The new rules provide for transparent, time-bound and simple processes for getting new connections or even modification in existing connections. They stipulate a maximum time of 7 days in metro cities and 15 days in other municipal areas and 30 days in rural areas to provide new connection and modify an existing connection: “State electricity commissions can prescribe their own limits within this outer limit”, he added.

Singh said that the distribution licencee shall supply 24×7 power to all consumers. However, the Commission may specify lower hours of supply for some categories of consumers like agriculture.

For the first time, the concept of prosumers — an emerging category of consumers — has been recognised under the rules. Prosumers are those who consume as well as produce energy.

While the prosumers will maintain consumer status and have the same rights as the general consumer, they will also have the right to set up renewable energy (RE) generation unit, including roof top solar photovoltaic (PV) systems – either by himself or through a service provider, according to the new rules.

Singh also said that the new rules stipulate transparency in the applicable consumer tariff and this should be disclosed in the bills.

Consumer will have the option to pay bills online or offline and there will be provision for advance payment of bills. There will also be 24×7 call centre services for the consumers.

Also, there will be a Consumer Grievance Redressal Forum (CGRF), which will include both consumer and prosumer representatives.

The consumer grievance redressal has been made easy by making it multi-layered and the number of consumer’s representatives have been increased from one to four.

On the raging protests of farmers and their apprehension that the government may, in the new Electricity Act, do away with free power to farmers, Singh said, there is no such Act in place as on date and also the draft that had been circulated had not provided for any such removal of free power.

“Nowhere has it been written that free power currently available to farmers will be taken away. Why should there be any agitation when no such thing is even contemplated,” Singh added. 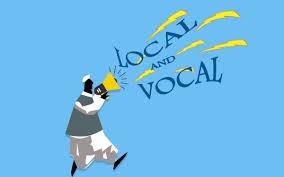 A Master Strategy in Making…Vocal for Local!!!