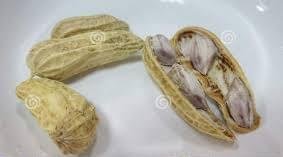 In 1935, Prof. Astbury and Prof. Chibnall gave an idea to ICI, U.K. that fibres can be made by dissolving vegetable proteins in urea and extruding the solution through spinnerets into coagulating baths. The regenerated protein fibres made in the mid-twentieth century were basically developed as a substitute for wool. For the production of protein fibre, the main emphasis was given to the commercial availability and their usefulness for textile purpose. Theoretically any protein – containing substance may serve as a starting material and the protein may be extracted from it.

There are four proteins, which are more important as the source for fibre formation.

One of the most likely sources of vegetable protein for fibre production is groundnuts, which grow as a staple product in many of the hot, humid regions of the world.

Groundnuts (peanuts, monkey nuts) are used in large quantities as a source of the Arachis oil required for making margarine. The meal remaining after removal of the oil contains a high proportion of protein. This protein was regarded as a potentially suitable source of vegetable protein. The nuts contain around 25% of protein and is good and cheap resources for protein fibre.

Experiments were carried out and a process was developed for making the groundnut protein fibre which is now known as ‘Ardil’. The fibre was first made at Ardeer in Scotland and the commercial production started in 1951.

Groundnuts are cultivated in India, China, West Africa and Southern States of U.S.A. After harvesting, the nuts are shelled or decorticated. The red skins are removed from the shelled nuts, together with foreign matter such as small stones and nails.

There are five main steps to produce groundnut fibre are:

The nuts which contain about 50% of oil are crushed and pressed. About 80% of the available oil is squeezed out, leaving the oily groundnut meal which is reduced in breaker rolls and passed through flaking rolls.  The thin flakes pass via a series of buckets on an endless chain into an extraction plant. As they pass through the plant, the buckets of meal are subjected to a thorough washing with solvent (Hexane) which removes the remainder of the Arachis oil.

The extracted meal is heated under low pressure in steam jacketed pans to remove residual solvent. It is then cooled, screened, weighed and bagged. This is a special technique for removing oil from groundnut meal was devised to provide protein suitable for fibre production. The groundnut protein is extracted from the meal by dissolving it in caustic soda solution. The residue after extraction is a valuable cattle food. Then acidification of the protein solution precipitates the protein, which is the raw material from which fibre is spun.

The spinning solution is prepared by dissolving the extracted protein in aqueous urea, ammonia, caustic soda and solutions of detergents. Caustic soda is used for dissolution. It is allowed to mature under controlled condition for 24 hours. During the maturation, the viscosity of the solution increases and attains the spinning characteristics. The solids content of the protein is between 12 -30%.

Groundnut fibre is formed by wet spinning method. The solution of groundnut protein is filtered and pumped to spinnerets, through which it is extruded at constant rate into an acid coagulating bath. The spinneret holes are typically of 0.07 – 0.10 mm diameter.The coagulating liquor consists of a solution containing Sulphuric acid, sodium sulphate and auxiliary substances. The temperature is maintained between 12 to 40 degrees Celsius.

As the filament is being spurned, it is stretched to increase the alignment of the protein molecule. It coagulates to a filament that is weak and flabby when wet and brittle when dry. At this stage, the filament dissolves easily in dilute saline solution and in dilute acid and alkali. After leaving the coagulating bath it is treated with formaldehyde to harden and insolubilise it and then dried and cut into staple fibre .

Groundnut protein fibres are generally similar to wool in that they are proteins in structure. They do not have the rough scaly surface of wool fibres and don’t under go felting in the way that wool does. Groundnut protein molecules carry many side chains and they cannot pack so closely together as the molecules of silk. Groundnut protein yields a relatively weak fibre, which is much more sensitive to moisture than wool.

The outstanding characteristic of groundnut protein fibre is soft, wool- like handle. The price of groundnut protein fibre is half the cost of wool fibre and it is used largely as a diluent fibre which provides wool-like characteristics at low cost. It is used in various worsted units along with wool and polyester and it is also used with cotton and viscose in various proportions.

Groundnut protein fibre has different physical and chemical construction from natural protein fibre, care is taken in the following steps: 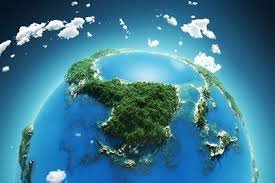 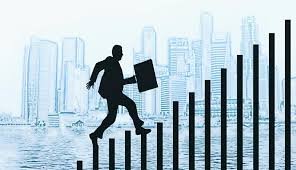