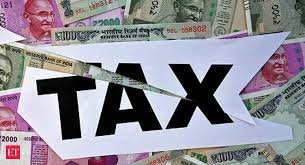 As the government works on an “export package”, the finance ministry has said that it may not be possible for the government to shift all exports to the Rebate of State and Central Taxes and Levies (RoSCTL) scheme, given the Budget constraints. Instead, it wants the commerce department to identify priority sectors which need more support. RoSCTL is a replacement for the existing Merchandise Exports from India Scheme (MEIS).

The commerce department put together the new scheme after the US dragged India’s export promotion programmes to the World Trade Organization and is expected to be taken up by the Union Cabinet shortly. On average, the government has estimated that the incidence of central and state levies added up to 4-5%, which needed to be refunded. With merchandise exports estimated at over $330 billion, refund of levies would add up to over $16 billion or more than Rs 1.1 lakh crore, sources said.

For the current fiscal year, the Centre has budgeted for a revenue impact of Rs 65,720 crore on account of all export-promotion schemes. Of this, MEIS is estimated to have an impact of Rs 36,615 crore. Already, some of the GST is refunded to exporters. The government recently released Rs 6,000 crore for the textiles industry, while insisting that some of the other sops for exporters should be dropped. While the rebate scheme for all exporters is being finalised, the government is also working on ways to improve access to loans for which commerce and industry minister Piyush Goyal has held several round of deliberations. Sources said that the scheme is almost ready and is expected to be announced shortly. In an interview last week, finance secretary Rajiv Kumar too had underlined the need to offer incentives to exporters. This, he said, will help use up idle capacity in the manufacturing sector and also result in import substitution. India IoT in Manufacturing Market to Grow at a CAGR of 13.81% until FY2027 – TechSci Research