The Noise Pollution is the main headache in loomshed and discharges of water with chemicals in sizing are the major areas in the Weaving Preparatory sector. In the looms, shuttle picking motions which are considered to be the heart of the loom and most noise producing motion has been replaced by various lighter medias like projectile, rapier, water & air – jets. Also shuttle was considered to be the heaviest carrier of the weft consuming highest energy and maximum travel time, is now replaced by lighter and fastest medias, as mentioned in the body of this paper. Further open oil holes are converted to Centralized Lubricating Systems, Oil baths, Self- lubricated Bearings, thus not only reducing the consumption and contamination of lubricants but also help in reducing the heat generated due to friction created by high speed spares. The crank beat up motion, being additional noise producing area is now converted to cam motions. The machine drive area is introduced with more compact & effective trapezoid belts replacing the conventional flat, v-belts, resulting in reduction in speed losses through slippages. Servo motors are introduced to eliminate the mechanical linkages, thus saving lubricants & electrical power & further executing the action very fast. These all developments in machine design has basically helped to improve product quality, enhance productivity at low cost and energy; & reduced noise at the lowest level. While the developments in the metallurgical aspects, Ergonomics, provision of all drive assemblies at one side of the machines, introduction of push buttons, microprocessors etc. has made the machines user friendly to the operators.

Innovation is the development of new values through solutions that meet new requirements, inarticulate needs, or old customer and market needs in value adding new ways. This is accomplished through more effective products, processes, services, technologies, or ideas that are readily available to markets, governments, and society. Innovation differs from invention in that innovation refers to the use of a better and, as a result, novel idea or method, whereas invention refers more directly to the creation of the idea or method itself.

Edmund Cartwright built and patented a power shuttle loom in 1785, and it was this that was adopted by the nascent cotton industry in England, and thereafter various innovations had taken place resulting in Shuttleless looms. These innovations were the need of the hour mainly concentrated on improving the product quality, enhancing the productivity at lower cost & taking care of User-friendly & Environment friendly aspects. The author has made an attempt to present major innovations which had taken place in the Weaving Preparatory & Weaving looms with an angle of Technical & Technological aspects.

The details of the speed & efficiency of the weaving preparatory machines & looms are given in the Table – 1 below: A. Changing the media of weft transfer in looms:

2. Changing the design and shapes of the spares:

II.) Innovations improving the quality of the Product manufactured through reduction in Maintenance and its Downtime.

1. Developments changed the media of control:

B. Mechanical to Hydraulic and Pneumatic:-

o Mechanical damping of Cradle of Cone Winding is controlled by oil filled hydraulic dampers, thus reducing the wear and tear of costly Bakelite drums.(fig-10)
o Mechanical brakes of warp beams are replaced by Ventilated disc brakes on each side of drum; controlled by hydraulic unit; thus resulting in instantaneous braking, with constant yarn tension. (fig-11)
o Control of jumping of let- off back rest through springs on High speed Shuttle Loom is done by Hydraulic Dampers, thus reducing wear and tear.(fig-12)

C. Replacing the metallurgy of the spares:-

o Wooden pegs in Dobby are replaced by Plastic and Nylon Pegs thus reducing the downtime and defects in the Fabric due to frequent breaking of wooden pegs.
o Control of Jacquard harness with lingo weights is now controlled through Elastic or spring under motion, thus avoiding the frequent vibrations & reduced the breaking of harness.
o Leather belts for lifting heald frames of looms are replaced by Traction Cables, thus avoid the disturbing of settings due to deformation of leather.
o Metal heald supports are replaced by plastic heald guides for maintaining perfect verticality of heald frames, friction between metal support & aluminum heald frame is reduced.
o Return force of the Picking stick on High speed Shuttle loom is now absorbed by the Zama Buffers, replacing the leather buffers. (fig-13)

o Introduction of solid cast iron frame connected by parallel girders has resulted in perfect balancing of sides of all parts; has reduced vibration, eliminated the requirement of the loom bolting to the floor, and has accommodated Let- off beams upto 1250 mm dia. and Take- up roll upto 1000 mm dia.
o The control of the heald frame movement is shifted from the centre towards its edges, avoiding bending of heald frames and breaking of heald wires due to jerky motions.
o Specially designed kinematic transmission system in Rapier looms helps in attending the change in reduced width by easily adjusting. Rapier stroke outside the shed, thus reduces the downtime.
o Small temples replaced by long temples installed above the cloth over the loom makes it easy to observe the rotating of temple rings over the running loom and thus eliminates the loosening of cloth as done on conventional loom while attending the temple and ultimately saving the time.
o Replacing the manual cloth roll doffing on looms by auto cloth roll doffing system by one operator without any tool or machine stoppage during the operation.
o Addition or reduction of shims in the Electric motor of the looms for change of loom speed has eliminated the process of changing the loom pulley / motor pulley followed on Conventional Loom.
o The replacement of weft package in the form of Pirn by that of Cone over the loom, had reduced the requirement of 379 Pirns to 5.5 Cones for weaving about 100 meter of fabric.

The detail of Power Consumption per loom shift of 8 hrs is given in the Table 2 below:-

From the above Table-2, it is seen that even though the power consumed by Air Jet loom is highest, due to Air Compressor, the production cost / meter of the fabric produced on Air-jet loom works out to be very less than other types of looms due to factors, like loom speed, maintenance and labour costs, etc.

A.) Developments in Drive Systems / motions:-

o Solid cast iron loom frames of Shuttleless looms allows the mounting of Electric motor over the loom, thus the pull exerted by the motor on the loom shaft is less as driving is against the centre of gravity. While that created by the floor motor of the Conventional loom, is towards the centre of Gravity & so leads to frequent breakages of the shaft. This has also enabled the Electric motor to come close to the looms pulley and has reduced the loss of Energy in transmission of drive.
o Driving belts are changed from flat to V-Belt and further to Trapezoid belts in shuttleless looms; which have brought down slippage to zero further reducing the loss of power.
o Rotary motions are converted into oscillatory motions in Rapier looms thus reducing vibrations and Energy.
o Friction drive to warper drum is converted to direct drive in direct warper.

B.) Developments in Designs / Shapes of spares:-

The detail of the stores, spares & lubricant cost along with the labour cost is given in Table – 3 below:- From the figures it can be seen that the maintenance cost of Projectile loom is highest when compared with Air-jet loom; the main reason being replacement of mechanical weft insertion motion by air-jets. Due to the highest productivity of these looms, the labour cost for inserting 10,000 picks is also very low when compared with other looms, even though after recording higher average salary per weaver per month.

The Development/ automation in the designs, the processes and the systems always directly or indirectly reduce the intervention of labour and downtime on the breakdowns, thus ultimately reducing the labour cost. The same are discussed in details in the previous topics. While some innovations are also done for taking care of User & Environment Friendly aspects. This topic will be discussed in details in the forthcoming chapter.

Also the maintenance and labour cost is directly related to the consumption of lubricants as well as their distribution and application. Cleaning and Lubrication activities play very important role in maintaining the condition of spares and machines, controlling their breakdowns, the time lost for the same and ultimately their life and maintenance cost. Keeping in mind these factors, various innovations have taken place in the type and quality of cleaning and lubrication appliances as well as the systems and procedures of their application.

The details of the consumption of lubricants by various machines is given in the Table – 3,  from which it can be seen that the quantity of the lubricants saved in the latest state of the art hi -tech textile machines is remarkable, of course the lubricants may  be of high cost with special features. 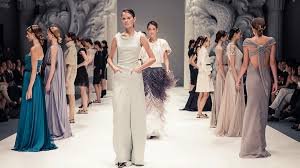 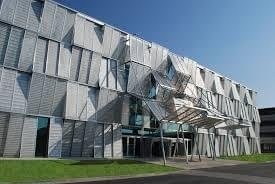