Mucins and protein threads are the two major important parts of hagfish slime produced from slime glands. Hagfish release slime in different amounts, depending on the circumstances. They produce slime in small amounts while feeding on a carcass, a behaviour that might be designed to ward off other scavengers. Hagfish slime threads, which make the fibrous component of the defensive slime of hagfishes, it consist of primarily proteins from the intermediate filament family of proteins and possess impressive mechanical properties that make them attractive biomimetic models. The hagfish slime threads are tapered at both ends, and the hagfish slime threads have high performance properties that’s hagfish slime can be a resource for tomorrow’s natural fabric. Hagfish slime protein thread is 100 times thinner than the average human hair.

The slime contains tens of thousands of 1−3 μm diameter threads composed of proteins from the “intermediate filaments” family of proteins (IFs). IFs are ubiquitous 10 nm cytoskeletal elements found in most metazoan cells and also make up the fibrous component in mammalian α- keratins. The primary structure of IF proteins is a tripartite molecular organization with a central α-helical rod domain flanked by non-α-helical head and tail domains.

Slime threads and their constituent IFs possess a number of attractive properties that make them promising biomimetic models for production of protein-based biomaterials. Hagfish slime threads that are stretched in water and dried have excellent material properties. IF proteins have the ability to self-assemble into networks of high aspect ratio filaments (i.e. 10 nm diameter, > 103 nm in length) in aqueous solutions, which raises the possibility that fibres could be spun from IF gels. In addition, slime thread proteins lend themselves to expression in bacterial vectors as they are neither large nor repetitive like spider silk genes.

Hagfish, also called Northern hagfish, slime hag and slime eel, are elongated, eel-shaped, bottom-dwelling marine organisms. They are characterized by soft, scale-less skin and four pairs of tentacles (barbells) surrounding the mouth and opening for the nasopharyngeal duct, used in respiratory water intake. The mouth of hagfish contains a protractible and retractable orange colored cartilaginous plate that bears two sets of sharp teeth often referred to as the rasping tongue. The tongue uses grasps and burrows into food resources. The skeleton is made entirely of cartilage with 5 to 15 pairs of gills. This species is jawless and lacks both a sympathetic nervous system and spleen. Hagfish have poorly developed eyes covered by skin and a layer of muscle and are considered nocturnal creatures with a superior sense of touch and smell. The hagfish has no true fins except for a primitive tail fin created by a fold in skin. Hagfish have numerous specialized glands on either side of the abdomen that produce enormous quantities of mucus or slime when it is stressed or provoked. Tiny fibres reinforce the slime making it strong and difficult to remove for protection against predators. The hagfish escapes its slime cocoon by tying itself in a knot and then passing the knot down the length of its body in order to wipe the slime away.

Hagfish vary in color from a mottled grey-brown to a red-grey upper and a white to pale grey on the underside (Fig. 1) Hagfish typically grow to 40.6 to 81.3 cm in length. Variations in body color correspond to changes in the color of the sea bed. Atlantic hagfish (Myxineglutinosa) is a cold water species that prefers a soft, muddy bottom and lives at depths of 30 to 1200 meters or more. Hagfish require high salinity (approximately 30 ppt or more) and low temperatures associated with deeper water and are usually found half-concealed in the bottom sediment. They are widely distributed in the Arctic Sea southward along both coasts of the north Atlantic. Mucins and protein threads are two major parts of hagfish slime produced from slime glands. Hagfish can develop high amount of slime because it having a three order of magnitude and it is highly dissolved then typical mucus secretions. Slime thread has optimum material properties and generates high elastic material. Mucins impart viscosity at the strain rates tested and are important for rapid deployment of the slime. Hagfish slime threads are tapered at both ends, and it suggests that hagfish slime as a resource for tomorrow’s natural fabric. Hagfish slime consists mainly of bulk sea water entrained between mucin-coated threads, and thus functions more like a fine sieve than coherent mucus.

The hagfish slime can be a resource for tomorrow’s natural fabric. The fig 2 shows the hagfish secrete slime when threatened. This Fig 2. Hagfish secrete slime when threatened. This can be made into natural fibre like spider silk

Along with other natural such as spider and silkworm silk, hagfish fibres could serve as a greener alternative to polymers such as rayon, nylon or polyester all of which have to be made with petroleum. Hagfish which aren’t true fish and resemble eels make a slime that contains thousands of fibres when bothered or threatened. Glands on their skin quickly release a mucous-like substance that expands as it mixes with seawater. The result is a kind of slimy, viscous region around the hagfish that some marine bio legists think serves as a defensive mechanism by clogging gills.  Certainly predators, such as sharks, that try to bite or swallow the hagfish are quickly convinced to back off.

The fibres hagfish make are about 70 per cent the strength of spider silk. Unlike spider silk, however, hagfish fibre might be amenable to mass production. It’s probably not possible to farm hagfish, as little is known of the animal’s reproductive habits, for one thing.

Threads of hagfish slime, which the animal secrete when aggravated, could be woven to produce a material with the strength of nylon or plastic. One of the most important facts of world is the source of new kinds of petroleum-free plastics and strong fabrics. The manufacturing process of hagfish slime thread like as spinning of silk. Firstly, harvesting of slime from the hagfish then dissolve it in to the water and then produce the structure by spinning like silk. The important thing is that the hagfish slime able to process into a useable material.

The hagfish slime is a gel like structure that is difficult to handle. The hagfish have big whiskers, and they don’t have eyes. Hagfish slime smells like dirty seawater and has the consistency of snot. It feels like mucous but a little bit more wet. When we hold the slime in to the air, water will remove and the only threadlike structure is remain.

The threads are similar to the bone protein and which is made up of intermediate filament. The hagfish threads are 100 times smaller than a human hair and that indicates the unique characteristics and defense mechanism. The hagfish slime threads can be strengthening with the composition of nylon or plastic. Hagfish slime has the potential to become a stretchy fabric.

This is the new trend of ecofriendly fiber and which can be good solution for fibers like Fur, hemp. The protective slime will protect to the hagfish from external attacks. So in future you may get the fabrics which are silky and stretchy from the hagfish.

Slime can be used as a long life textile or developed textile:

Today’s textile market strategy has a reasonable price with quality material. The slime threads have better properties for spinning and it is woven biomaterials.

Hagfish is a high growth rate animal that leaves under water same for the 300 million years. When slime is threatened, hagfish generate gelatinous slime consist of mucous and higher number of protein threads. The hagfish slime threads belongs to the intermediate filament family of proteins and they have optimum mechanical properties that opposite to the spider silks.

The process of producing spider silk is very complicated phenomenon and spiders cannot be produce high quantities of silk within minimum time. The Hagfish slime have high potential to produce a high quality protein based fibers rather than spider silk proteins.

Move over organic cotton. Clothes made from hagfish slime could one day be the height of sustainable fashion. Synthetic fabric such as nylon and polyester are made from petroleum. A green, natural alternative would be a protein-based cloth made from spider silk or the thick slime made by the hagfish to help it escape predators. The hagfish slime protein threads generally 100 times less in diameter than human hair. The strength of hagfish slime threads is 10 times higher than the strength of nylon. The proteins in hagfish slime are several times smaller than those in spider silk, so it should be easier for bacteria to make them. The real fact would be if we could use bacterial hagfish proteins as a sustainable replacement for synthetic fibres, but the method will have to be improved before we can manufacture textiles in this way. 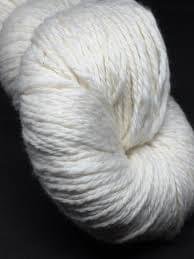 Evolution Of Swimwear, From The 1800s Until Today Biomimicry in Textiles : Inspiration from Nature