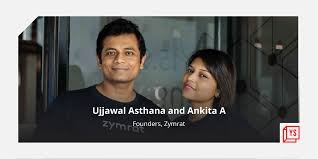 Zymrat is a story of perseverance and resilience, and its founder, Ujjawal Asthana, is determined to bring innovation to Indians to promote their fitness routines, no matter how far he has to travel around the world. Ujjawal Asthana is widely regarded as the pioneer of the retail category of technology-driven athleisure. He is most well-known for founding Zymrat, a technical sporting apparel brand in 2018. What sets apart this D2C Performance Wear brand from others is its focus on bringing world-class athleisure wear products to the Indian market. With trademarked technologies such as Super Silva, Ball Cooling, SuperVent, and others, the brand has established itself as one of India’s most successful and trusted performance wear brands in recent years.

“Through technology and engineered fabrics, Zymrat delivers unrivalled performance in the activewear segment. Our SuperVent and SuperSilva technologies allow you to focus on your workouts rather than your clothing. It’s a dream product for runners of all types, made with 86% recycled polyester,” states Ujjawal Asthana, the founder and CEO of Zymrat.

With an estimated value of $411.02 billion in 2021, the global athleisure market is competitive, innovative, and closely linked to fitness. It is anticipated to grow at a CAGR of 9.9% by 2028. The most successful Athleisure companies have identified micro and macro trends, which have resulted in new business segments and innovative approaches. As a result, it’s no surprise that the athleisure industry is one of the most profitable in the world. However, it’s the ongoing evolution of the business around customer needs that pushes businesses to be more innovative in their approach. Ujjawal shared his Zymrat journey with us, including what it was like to build a strong D2C performance wear brand and what it takes to be an innovative athleisure entrepreneur.

The Inward Journey: But creating an innovative brand like this was not easy. Also, Ujjawal Asthana does not have a background in fashion or textiles. Prior to Zymrat, he ran a technology consulting firm where he developed software and servers for some of the world’s Fortune 500 companies and YC-funded startups, and he built many successful businesses in 6 years while clocking a great MRR. He was always preoccupied with work, eating mindlessly, and as a result, he gained a lot of weight. So he went to see a doctor one day and discovered that he had hypothyroidism, pre-diabetic symptoms, and high blood pressure. Thus he took up to the gym and hasn’t looked back since! This fitness adventure transformed him physically, mentally, emotionally, and, most importantly, spiritually! During this process, he became so involved with the industry that he felt compelled to take action. He discovered that a number of his experiences were shared by the community, prompting him to launch Zymrat.

The Key Distinctions: Zymrat is the common ground for addressing issues that arise within the fitness circle. Ujjawal realised that pricing was not a big issue as he spent more time in the community because people in fitness are not afraid to spend money on fitness apparel that improves their performance. The larger issue, however, was that more than 80-90% of international brands occupied the market, with only 8-10% of them seeing the face of India much later. Everyone liked importing t-shirts, protein powders, shoes, snack bars, and so on, so Ujjawal realised that the service provided to the global community needed to be brought down to India. So Ujjwal and Ankita travelled around the world for about a year to learn about the fundamental differences between a product from an international brand and a product from a domestic brand.

Some of the key differences they discovered included, of course, the fabric itself in the raw material, but others included technology and treatment used in the garment manufacturing process. After extensive research and travel around the world, Ujjawal and Ankita realised that producing high-quality performance wear in India alone would be impossible, so they opened some of their centres in foreign geographies to meet the standards set by international brands.

Zymrat was finally able to create something extraordinary that could compete with any premium athleisure brand on the planet. The brand identifies with people who are affecting a large community in terms of what fitness is missing from its arsenal to evolve into a performance-driven brand capable of projecting consumer performance. Style and fashion are two of the company’s most important pillars, but instead of taking a traditional approach, their primary trend analysis focuses on performance. Today, 50% of Zymrat orders are delivered to the top 30 cities in India, with the remainder distributed throughout the country.

Because most of the innovation done at Zymrat is driven by validation from community members who are experts in their fields, one of the issues discovered is that people sweat a lot while working out. When a textured fabric comes into contact with sweat, it begins to stick to the skin and can become stuck between your butt cheeks and other places. Therefore Zymrat considered what kind of knitting structures they could use to keep the fabric away from your skin no matter how much you sweated. While figuring this out, they developed two distinct fabrics: The Ball Cooling shorts and SuperVent. The trademark structure of SuperVent is designed to maximise ventilation and thus aid in unlocking peak performance with no restriction on movement due to fabric breathability.

The SuperVent technology combines 3D Knitted Vents with a thin layer of sweat-wicking material. These vents allow the fabric to absorb fresh air while dissipating body heat with each movement. The featherlight layer distributes sweat throughout the fabric, while the 3D Vents evaporate it. SuperVent is available in three product categories: pullovers, joggers, and shorts, making it super-sustainable and lightweight to wear. The Centurion SuperSilva tees are made entirely of Jacquard fabric with dual patterns. The inside line-shaped Jacquard evenly distributes every drop of sweat from the body, while the outside square Jacquard allows fresh air to evaporate, making it a symbol of perfection and performance. It is made of 86% recycled polyester,demonstrating the company’s commitment to sustainability. 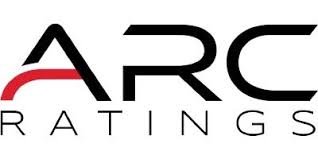