Zero-discharge Textile Park to be set up near Madurai. A Rs. 200-crore zero-waste textile processing park, which would do away with
textile industry effluent, will be set up at Kariapatti in Tamil Nadu’s Virudhunagar
district. Permission has been sought for the foundation stone-laying ceremony of
the 100-acre park, which will take a year to complete, project director of the park
KR Gnanasambandan said. Gnanasambandan announced this recently at a curtain
raiser event for the media for the textile expo to be held from June 18 to 21 at the
Madurai District Tiny and Small-Scale Industries Association (Maditssia). About 35
textile units out of 75 in Madurai had closed down due to pollution issues. The
remaining ones were suspended because power supply was stopped over the
issue.
Gnanasambandan said that the textile processing park project was signed
by late Tamil Nadu state chief minister J Jayalalithaa at the 2015 Global Investors
Meet and Maditssia was the first to take up the offer. The central government will
contribute Rs. 100 crore and the state government and Maditssia Rs. 50 crore
each for the park,’ he said. The park would house 40 textile units, which would be
relocated into the park from in and around Madurai. The units would bleach and
dye textiles, but there would be zero discharge, according to Indian media
reports. He said 96 per cent of the water from the park would be recycled while
the remaining—sludge—would be sent to the evaporator. After evaporation, the
remaining solid, predominantly lime, would be sent to the cement industry. Once
functional, the park would provide direct employment to 2,000 people and
indirect employment to over 5,000 people, Gnanasambandan added. 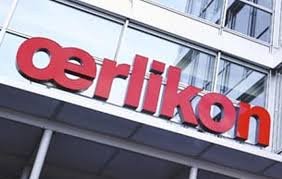