As artificial materials are now dominating the fashion industry, Youngone Corporation, a global conglomerate based in Korea, has made massive investments in man-made fibre (MMF) for clothing in its factories in Bangladesh, according to Kihak Sung, chairman and chief executive officer of the company.

Besides, Japanese engineers will install some new machinery at one of the factories soon, Sung told The Daily Star in a recent interview.

Sung decided to invest in MMF products due to their rising demand in the international market.

Currently, 95 per cent of all the fibres produced by the company is MMF that is used by its own factories and other local manufacturers for a variety of apparel items.

Being the largest foreign investor in Bangladesh’s garment industry, Youngone plans to invest $1 billion over the next few years depending on the country’s situation.

The company is also investing in a solar power development project in an effort to bring 40 MW capacity of clean energy to the KEPZ.

Once complete, it will be the world’s largest rooftop solar power project.

But like other companies, Youngone was also badly affected by the Covid-19 fallout.

The company lost about 45 per cent of its yearly export revenue due to order cancellations and was forced to halt production for nearly nine weeks amid all the economic uncertainty.

After numerous negotiations, the rate of cancellation was reduced to 15 per cent. On the other hand, the company’s Vietnam operations continued to run smoothly.

Sung, who started his business in 1974 and set up a garment factory with only 450-500 workers in South Korea in 1976, has been doing business in Bangladesh since 1980, when he set up a factory at Agrabad in Chattogram.

“So this year is the 41st year of doing business in Bangladesh, which is my second home and the country is deeply ingrained in my heart,” Sung told The Daily Star at his Gulshan residence during a short visit to Dhaka.

Although, he could not remember what his initial investment was back in 1980, he did say that exports were short of $100 million when his newly built factory at the Chattogram Export Processing Zone (CEPZ) was inundated by a massive flood, cyclone and tidal bore in April, 1991.

His single-storied factory building was inundated in the cyclone and more than 300,000 pieces of garment items made for Nike and Marks & Spencer were totally damaged.

It was that time when Sung could have left the country due to the irrevocable losses.

However, he was moved by his workers and decided against pulling out of Bangladesh.

Without being told to, his workers cleaned the damaged garment items in hopes that they could still be exported and it was this hope that guided Sung’s decision.

“It moved me very much and that’s why we decided to stay in this country. We then built a multi-storied building above the flood level after I raised funds from the Korean stock market to manage the difficult financial situation,” Sung said.

Now, the company’s annual revenue is about $2.5 billion and Sung aspires to increase it considerably.

The retention value of quality down jackets in Bangladesh is more than 75 per cent and Youngone is the main producer of this special kind of jacket for cold climates. The product is largely manufactured in Bangladesh.

Sung went on to say that Bangladesh’s graduation from a least developed country (LDC) to a developing one will erode its trade competitiveness by more than 10 per cent on exports to EU markets.

Bangladeshi companies need to improve their productivity by at least 50 per cent as well as reduce costs and lead time to compete in the international market before the country loses its trade benefits.

Bangladesh should use Vietnam as a benchmark for how smooth business operations in a country should run, he added.

For instance, even a few years ago, there were 7,000 Korean companies, mainly textile and garments related, in Shandong province of China but most of those factories were relocated to Vietnam as it offered good business conditions and administrative support.

Bangladesh can learn from Vietnam on how to attract more foreign direct investment, said Sung, who also served as chairman of the Korea Federation of Textile Industries (KOFOTI) and president of the International Textile Manufacturers Federation (ITMF), the world’s oldest textile organisation based in Zurich, Switzerland.

Sung said he started his business at age of 27 after the completion of his graduation from Seoul National University and serving in Korean army.

The company chose to come to Bangladesh in the 80’s mainly to export locally produced outwear to Sweden to enjoy the country’s quota free benefits.

That year, three Korean companies invested outside of Korea. One went to Sri Lanka, another to Honduras and Youngone in Bangladesh.

Of these three, only Youngone is still doing business while the others have shut down entirely. Sung recalled how one of his female staffers joined in 1977, who is now working at his Vietnam factory.

About the rise of the garment industry and performance of Bangladesh’s economy, Sung said he has witnessed remarkable development in the sector. 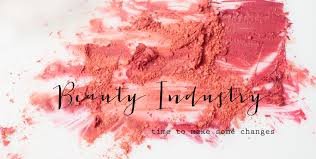 An insight: Is personalisation driving the future of the beauty industry?