Commerce, Textiles Ministries promise support; exporters hope rebate on taxes will be extended to the sectors

Yarn and fabric exports have taken a big hit this financial year with shipments falling sharply in the first quarter and large-scale job-losses reported in mills. Exporters say the delay in extension of the new scheme for rebating input taxes has made things worse and further eroded competitiveness but the government has promised help.

“The drop in cotton yarn exports by 50 per cent in June has forced about 15-25 per cent drop in working of mills and some mills have fully closed down. In the spinning sector alone, more than two lakh workers would have lost their jobs across the country,” Sanjay Jain, Chairman, Confederation of Indian Textile Industries (CITI.

“The RoSCTL scheme has been introduced to provide reimbursement of Central and State taxes to make sure that taxes don’t get incorporated into the export price. Unfortunately, the yarn and fabric segments have been kept out. Therefore, although garments exports have increased in July, exports of yarn and fabric are suffering,” said Jain.

Estimates made by CITI show that cotton yarn and fabrics have not been refunded taxes worth 5-6 per cent of value, and Indian products were hence losing their export competitiveness to immediate competitors like China, Vietnam, Indonesia, Sri Lanka and Bangladesh. The good news, says Jain, is the fact that the government is seized of the situation and has assured the industry that it will take immediate steps to redress the situation.

“We have met officials in both the Commerce Ministry and the Textile Ministry and we have been promised help. The Textiles Minister has assured us full support,” Jain said, adding that the industry is hopeful that the RoSCTL will be extended to yarn and fabric soon.

According to the Northern India Textiles Mills Association (NITMA), the crisis being faced by the cotton and blends spinning industry is as big as the one suffered in 2010-11 when the government had to announce a debt restructuring package of Rs. 35,000 crore to bail out the ailing spinning sector.

The State and Central level taxes and levies being exported in prices, high interest rates, high cost of raw material and cheaper imports of garments and yarns from Bangladesh, Sri Lanka and Indonesia were all making Indian exports non-competitive in global markets, according to NITMA. This has resulted in closure of about one-third of spinning capacity across the country and mills are not in a position to buy and consume Indian cotton, the association said. 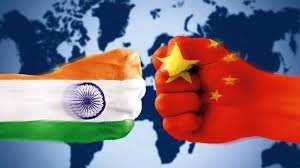