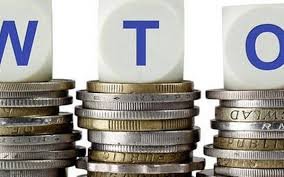 Attempts are being made to set up a “stop-gap” arrangement to resolve global trade disputes through arbitration, even as members mourned the loss of the highest adjudicating body at the World Trade Organization, said trade envoys.

The European Union, along with several key members, has intensified its efforts to finalise a “multi-party interim appeal arbitration arrangement” in the absence of the Appellate Body at the WTO.

The WTO’s Appellate Body has become dysfunctional from December 11 with the US blocking the filling of six vacancies at the dispute settlements body. Consequently, the Appellate Body will not be able to take up new appeals, thereby, undermining “the members’ right, under the WTO agreements, to a binding adjudication of disputes and their right[s] to appeal review,” it is argued.

Nevertheless, two contrasting initiatives are being pursued by the European Union on the one hand, and Australia on the other to erect an interim arbitration mechanism.

The EU is pressing ahead with its “interim appeal arbitration arrangement” under Article 25 of the dispute settlement understanding (DSU), said a trade envoy, who asked not to be quoted.

Significantly, the EU’s multi-party interim appeal arbitration initiative seeks to operate at an arm’s length — without involving the WTO’s Director-General and also deploy former Appellate Body members as arbitrators to ensure “independence and impartiality of the arbitration awards”, the envoy said.

In contrast, Australia and Brazil are pursuing a “plurilateral initiative” to make it palatable to the US in which the WTO Director-General would play a major role in the arbitration process, said another trade envoy, preferring not to be quoted.

At a meeting of more than a dozen countries hosted by the EU on Friday , a two-page “confidential” proposal called ‘towards a multi-party interim appeal arbitration arrangement” was discussed. “The objective of the multi-party interim arrangement would be to offer a stop-gap solution, pending the resolution of the issue of appointments, by closely replicating the Appellate Body review process in the framework of Article 25 of the DSU. The stop-gap solution would apply within a group of interested members. It will preserve both the access to a binding adjudication of disputes and the right to appeal review.”

The proposal makes it clear that “the objective is not to reform the system.” It argues that “reform will be pursued on a separate track, including through maintaining or building on the “Walker process”, in order to restore the functioning of the WTO dispute settlement system that includes all WTO members. This remains the priority objective.”

The EU and other proponents, which include Canada, Norway, and possibly China and Russia among others, want to “put in place” the “stop-gap” as quickly as possible.” “The negotiations should focus on how to make this operational quickly while relying on the tested features of the WTO dispute settlement process,” it is emphasised.

The “vehicle” for “the multi-party interim arrangement would be in the form of communication to the DSB where the group of members would take a political commitment to apply model appeal arbitration procedures, based on Article 25 of the DSU, in disputes among themselves,” the proposal suggested, pointing that “the model appeal arbitration agreement would be annexed to the communication”. The proposed “interim” arrangement “would apply to all future disputes and to all pending disputes that have not yet reached the stage of interim panel report.” Henkel and Covestro to combine their strengths to promote e-mobility