Wrangler®, a denim icon, launches a global “For The Ride Of Life” campaign

Wrangler®, a global legend in jeanswear and casual apparel, today revealed its “For the Ride of Life” advertising campaign for fall/winter 2021, which celebrates regular individuals who pursue new adventures with energy and optimism. The campaign, styled by Hollywood’s sought-after Heidi Bivens, is inspired by the resilience required to see challenges as opportunities and leave nothing on the table, and serves as a springboard for a heightened level of western-inspired fashion and culture that is more relevant globally than ever before. The integrated “For the Ride of Life” campaign will debut with broadcast commercials on cable and network television starting September 13.
The ‘For the Ride of Life’ campaign showcases people from all walks of life getting out there and enjoying their ride. “For nearly three-quarters of a century, the Wrangler brand has fearlessly strived for a confident outlook no matter what obstacles stand in our way,” says Holly Wheeler, vice president of global brand marketing at Wrangler. The campaign is anchored by an inspirational campaign film narrated by rising country music star and Wrangler friend Orville Peck.
The campaign is representative of Wrangler’s continued evolution as a brand balancing dedication to western heritage with strategic growth. In recent years, Wrangler has expanded its focus to include a broader base of consumers fueled by category expansions in outdoor and female. With its 75th anniversary in 2022, the Wrangler brand will launch a year-long celebration, honoring its longstanding presence in music, fashion and rodeo. 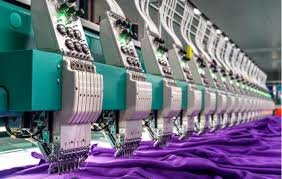