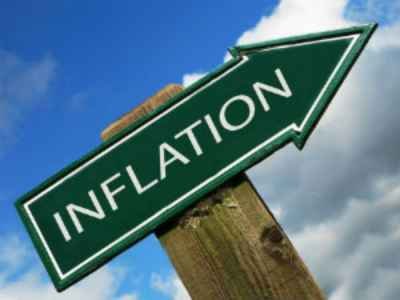 Commodities and food prices caused surge in the wholesale price based inflation.

Inflation based on Wholesale Price Index (WPI) has doubled in February to 4.17 per cent, data released by the Commerce & Industry Ministry revealed on Monday. WPI-based inflation was 2.03 per cent in January.

The Statistics Ministry has already reported that retail inflation based on Consumer Price Index (CPI) touched three-month high of 5.03 per cent in February. With crude prices going up, inflationary expectation is also to go up. Though, the RBI Governor-led Monetary Policy Committee (MPC) take note of retail inflation trend in the review of policy interest rate, the surge in WPI will also be considered when the Committee meets next month to review policy interest rate.

Experts feel the committee will again vote for pause in the policy rate.

As in retail inflation, commodities and food prices caused surge in the wholesale inflation. While food inflation was in negative zone in January, it jumped to 3.31 per cent in February.

According to Aditi Nayar, Principal Economist with ICRA, the doubling in the WPI inflation to a 27-month high in February was fairly broad-based, reflecting the rise in commodity prices brought on by the global risk-on sentiment, hardening of crude oil and fuel prices, as well as a fading of the favourable base effect for food items.

While the core inflation (excluding volatile items such as food and fuel from overall inflation) rose further to a series high 5.5 per cent in February, the pace of month-on-month increase tempered, benefiting from the sequential dip recorded by basic metals. Nevertheless, the core inflation is expected to continue to chart an uptrend until May 2021. Steep month-on-month uptick in items such as fibres and oilseeds does not bode well for the CPI inflation.

“We maintain our view that inflation dynamics will rule out any further rate cuts, with a status quo expected through 2021. Looking ahead, we expect large upticks in the WPI inflation over the next three months, as the wedge between the commodity prices and their year-ago level intensifies,” Nayar said.