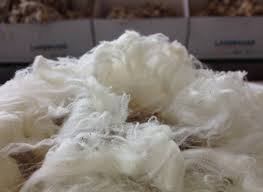 AUSTRALIAN wool prices fell further this week to their lowest point since 2015, with China again being the only significant buying country.

Merino wool prices fell further this week on quality and despite low supplies.

Exporters reported the odd sale to buyers outside China in Europe and India, where industry is opening up but they countries are still affected by COVID-19 pandemic restrictions. AWEX senior market analyst Lionel Plunkett said “the Australian wool market suffered further losses this week despite the lack of a sale in Fremantle pushing the national bale quantity down to 15,800, of which 10.5 percent were passed in.”

“There were originally 16,819 bales rostered for sale in Sydney and Melbourne, but after 7.2pc of the offering was withdrawn prior to sale, the total number of bales available to the trade fell to 15,800 bales.

“This was the second smallest sale since AWEX records began (1995) and only slightly higher than the smallest sale recorded two weeks ago (15,375 bales),” he said.

“Due to these falls the AWEX Eastern Market Indicator (EMI) fell by 32 cents, closing the week at 1139 cents/kg clean, a reduction of 2.8pc.

“The price reductions were driven by the continual discounting of lower yielding wools, as buyers struggled to average these types into their purchases.

“In contrast to this, the limited offering of higher yielding wools was highly sought after and least affected by the falling market,” Mr. Plunkett said.

The individual Micron Price Guides (MPGs) in the Eastern markets fell by 11 to 71 cents, with the 18 micron and coarser wools most affected.

“Due to a slightly weaker Australian dollar, when viewed in US$ terms the fall in the EMI was higher, the EMI lost US31 cents, dropping to US782 cents, a 4pc decrease.”

“The oddment sector was the best performing for the week, the Southern Merino Carding Indicator (MC) had the only positive movement for the series.”

Fremantle re-joins the selling roster next week, for the final sale of 2019/20 season and the last of this financial year. As a result, the national quantity has risen, there is currently 30,240 bales on offer, with all three centres in operation.