Wool Outstrips Price Losses Among All Fibres in 2019-20 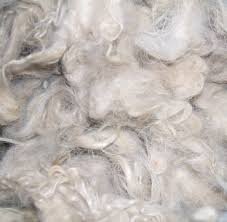 WOOL has taken the greatest hit of all fibre prices in the past financial year, falling 36 percent to the end of June.

While fibre prices have fallen across the board, wool’s decline was the biggest with some individual micron prices falling by 57pc.

Analysis released by the National Council of Wool Selling Brokers earlier this week showed wool was the biggest loser compared to other natural and man-made fibres.

Cotton prices showed the smallest check – back just 11pc – while polyester was down 22pc and viscose lower by 21pc.

NCWSB chief executive Chris Wilcox said the fall in wool prices was not surprising “given the tremendously negative impact of COVID 19 on the global economy and on the wool textile processing industry.”

“The COVID-19 pandemic and the huge economic hit has affected prices of many commodities, including textile fibres, and prices for other major textile fibres fell in 2019/20,” Mr Wilcox said.

“All fibres showed substantial declines. However wool fell by a larger percentage than did the prices for cotton, acrylic, polyester and viscose.

“Of course, wool prices lifted by more than the prices for other fibres … and had further to fall – none of the other prices had shown the rises seen in wool.”

He described the 2019/20 selling season as “fraught and disheartening”.

“The season was a confidence-shattering disappointment after the previous two seasons in which prices rose sharply and hit record high levels,” Mr Wilcox said.

While from the figures it appears that cotton prices stood up well, Mr Wilcox said prices for this fibre were already very low, had been for some time, and did not have as far to fall.

While wool growers had enjoyed the highs of the super cycle for wool – where a spike in demand and lower supply resulted in a large lift in prices, they were now feeling the hangover effects of coming off the high.

“Super-cycles only happen every nine to ten years in the wool industry,” Mr Wilcox said.

“We are seeing a decline now due to a number of factors – wool prices were out of sync with other fibres, the US-China trade war and more recently COVID 19.”

He said no fibre had escaped the effects of COVID 19 and few were willing to predict what might happen in the short or longer term.

“When will we see a rebound in prices for wool and other fibres? I just don’t know,” he said.

“Wool was having a terrific run and its disappointing and very frustrating to see prices fall.”

But there is a small potential upside from wool’s fall from grace. Inquiries are beginning to come in from buyers who were outpriced by wool’s stellar rise.

Fox and Lillie Woolbrokers brokerage manager Eamon Timms said his company had received an inquiry two weeks ago from a European company which had not bought any wool for two years.

“They have told us that the wool price is now down to levels where they can incorporate wool back into their clothes,” Mr Timms said.

“We have also heard of a US customer who is also looking at including wool in following seasons.

“These brands are doing their equations and are able to put a greater percentage of wool into their ranges at the lower rates.”

But Mr Timms cautioned that the lower prices would not have an immediate effect on demand.

“It’s certainly a positive but it won’t help the market at the moment,” he said.

“We have a growing stockpile of wool (most recently estimated at 500,000 bales) and an uncertain economic environment.”

Exemption to Handloom Sector From GST