Winter storm influences 45% of US paraxylene and PTA capacity MOSCOW – Around 45% of the US paraxylene (PX) capacity was affected as the winter storms hit the US Gulf Coast.

However, it has since come to light that 73% of US capacity was affected by the extreme weather, with INEOS Texas City declaring force majeure the week of the storms. All PX assets affected by the storms are either fully integrated into refining systems or embedded within refinery complexes, many of which were shut down or reduced due to weather impacts.

As of mid-March, all US refineries associated with PX production have started to increase operations across major processing units, according to Genscape.

Even though  other units within the refinery have moved towards normal output levels, reports suggest that  paraxylene asset restarts running into delays even after .

With major PX supply outages in the region, PX prices are expected to rise again in April. April’s forecast increase follows last month’s settlement, which was the largest increase for the US PX contract price in a single month since September 2018.

On the PTA front, the only producer that declared force majeure was INEOS Cooper River. However, this situation was not a direct consequence of the winter storms, but rather an indirect effect of being unable to source PX supply from their Texas City subsidiary. We continue to monitor the overall effect that the PX supply shortage in the Gulf Coast will have on PTA producers in other parts of the US and Mexico.

In line with US olefins capacity, over 80% of US polyolefins capacity was downed by the recent winter storm. There remains a considerable amount of capacity offline or in the early stages of restarting a full month later. This is partly due to the limited feedstock availability for olefins monomer, comonomer, and additives in the region.

More than 80% of US olefins capacity was immediately offline following the peak of extreme weather conditions in mid-February. During that time, Wood Mackenzie noted it could take weeks to recover given that disruptions across the value chain would lead to a staggered and complex restart, setting the stage for volatility in supply and prices amid stronger demand. As of mid-March, the US olefins industry has yet to regain its footing with only 60% of capacity back in operation, according to data from Genscape, a Wood Mackenzie company.  Several facilities in both the Houston and Corpus Christi metropolitan areas remain shut. Those further west appear to be experiencing longer outages, likely due to encountering relatively colder temperatures during the winter storm. 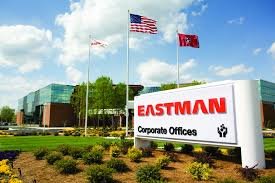