State Micro, Small and Medium Enterprises (MSME) and Textiles department, West Bengal,  is to all set to start district-level synergy from this week.

“Synergy, a symposium featuring government officials and industrialists to set the contours for the industry summit, will be held in all the districts across the state. Officials will go to different districts and sit with the entrepreneurs and enquire about local issues that are arising while doing business,” said state MSME and Textile minister Chandranath Sinha, on the sidelines of MSME Conclave 2021, organised by CII at a private hotel in the city on Wednesday.

He reiterated that MSME and Textile officials would conduct meeting with entrepreneurs and ask whether they were unable to get fire clearance to start their business or unable to obtain trade licence or other issues.

The official will jot down their problems and make a data.

The officials will try to solve the problems of the entrepreneurs if not then pass it on to the higher authority.

“The officials will conduct a detailed survey of the zillahs and find out which raw material is available at a reasonable rate,” pointed out Sinha.

The MSME and Textile department has won four out of five awards. The department’s single-window system called Shilpa Sathi was selected for the highest award category, platinum. 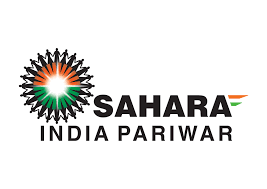