A Weaver Services and Design Resource Centre will be set up in the Kullu district of India’s Himachal Pradesh state to encourage handicrafts and offer a better platform for export of these products, according to minister for commerce & industry and textiles Piyush Goyal. He was speaking at an interaction programme with handicrafts and handloom artisans.

The programme was organised in Kullu yesterday under ‘Seva & Samarpan Abhiyan’ to commemorate the golden jubilee year of the statehood of Himachal Pradesh.

Skill up-gradation of artisans and training in modern equipment would be undertaken at the Weavers Service Centre, he said.

He suggested to organise district-wise exhibitions of these products in big cities, people associated with the textile industry and five star hotels so that their branding could be done at the national and international levels.

He urged weavers to get their trademark for which the central government had reduced the registration fee by 80 per cent, according to an official release. 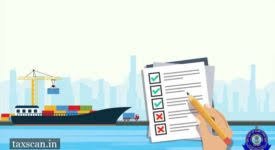