Telecom regulator- TRAI: Telecom Regulatory Association on India has issued a “show cause” notice to Vodafone Idea as this telecom has been offering a contentious priority plan which has lack of transparency, is misleading and not in compliance with regulatory principles. Bharti Airtel has not been issued a show cause notice as they have agreed to all the compliance and managed to meet the necessary requirements set by the TRAI.

The Redxpremium tariff plan provided by Vodafone Idea has been making false claims about offering faster data speeds and in turn, misleading the consumers. The regulator has given time to Vodafone Idea till 31st August for responding. A senior TRAI told economic times reporter that, “We’ve pointed out to VIL (Vodafone Idea Ltd)  in the show cause notice that its fundamental claim of offering faster data speeds to RedX customers appears to be bogus as the telco has not been able to prove in the first place to the authority’s technical team that it is actually possible to offer the promised faster data speeds to RedX consumers.”

On commenting over Bharti Airtel’s platinum plan, a senior officer at TRAI said that, “saw no immediate issues with Airtel after the latter removed the faster data speeds and priority network elements from the original Platinum plan and filed a revised version”.  TRAI managed to sought more time from TDSAT: Telecom Dispute Settlement and Appellate Tribute to conclude its ongoing inquiry into whether RedX and Platinum tariffs degraded the quality of services of VIL and Airtel users on other non-premium offers. The appellate tribunal has granted Trai three weeks and will hear the matter on September 10.

TRAI shot off questions to the telecom operators asking them to explain their positions on the controversial issue and provide relevant data to substantiate their claims. Responding to questions raised by telecom regulator over its priority plan earlier, Vodafone Idea had argued that a new tariff plan is not a new service. Vodafone Idea had also countered TRAI’s contention that the RedX plan that commits higher speeds should have been informed separately so different aspects could have been examined before such service was launched. Vodafone Idea had justified its pay-more-for-priority-experience plan offered to its subscribers, and said that telecom operators faced a double whammy of having to make continuous investments in an era of call and data charges falling way below cost due to cut-throat competition. Webinar on 1st June,Safety First: Use of Personal Protective Clothing 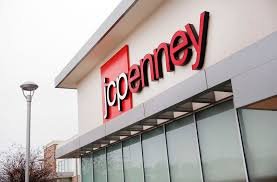