In response to a debate in the Assembly on the demand for grants for the Industries Department, state Industries Minister Thangam Thennarasu stated that an integrated apparel park would be developed at Kumaralingapuram SIPCOT in Virudhunagar at a cost of Rs 400 crore to promote industrial growth in southern districts. The world-class park, which will span 250 acres in SIPCOT, will employ 15,000 people directly and indirectly.
Thennarasu also announced a first-of-its-kind Future Mobility Park to be constructed by SIPCOT in Shoolagiri in Krishnagiri at a cost of Rs 300 crore. The mobility park would concentrate on the development of electric cars, hydrogen-powered vehicles, and self-driving automobiles.
A new 576-acre SIPCOT park shall be built in Uthukotai in Tiruvallur for Rs 250 crore. The government has also announced a Rs 150 crore project in 10 SIPCOTs to enhance roads, storm water drainage, water supply, street lighting, solid waste management, and safety infrastructure. 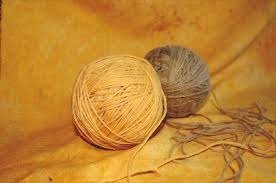 ‘Consumers and product safety: how do we increase confidence?’