Several textile and garment products from Vietnam may face safeguard duties from the Eurasian Economic Union (EAEU) this year as the export volume to this economic bloc is at the risk of exceeding the threshold mentioned in the Vietnam-EAEU free Trade Agreement. The Eurasian Economic Commission (EEC) cautioned the Vietnamese ministry of industry and trade about this in a recent note.

These include dresses and women’s clothing of certain HS codes. The export volume of these products to the EAEU from January to July this year reached 79.4 per cent of the threshold set for all of 2020, the ministry revealed on its website.

According to the FTA, textile and garments are among 12 Vietnamese products that may face the EAEU’s safeguard duties if import volumes during a calendar year exceed the trigger level of the agreement, Vietnamese media reports said.

Depending on the exceeding volume, Vietnam’s garment products may be subject to the most favoured nation (MFN) tariffs for a period of six months or nine months.

Export turnover of textile and garments in the first eight months reached $19.26 billion, down 11.5 per cent year-on-year, meanwhile, exports of fabrics and fibre also declined 36.8 per cent and 19.4 per cent, respectively. Application of Polyester in Technical Textile Sector: An Overview 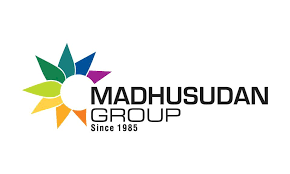 Views After Covid 19 by Madhusudan Group