Asserting that India is a growing market for U.S. Cotton, she said that in CY 2021, US cotton exports to India were valued at US$ 211 million. In CY 2021, cotton was the third highest exported agricultural commodity from U.S. to India after tree nuts and ethanol (non-bev).

India is the eighth largest market for U.S. cotton exports after China, Vietnam, Pakistan, Turkey, Mexico, Bangladesh and Indonesia. YTD (Jan/Jul) exports to India are valued at US$421 million, 217 per cent rise in shipments as compared to last year. U.S. Pima exports during the same period have risen by 32 percent valued at US$107,310.

India: Cotton Production. In MY 22/23, India is expected to be the 2nd largest producer of cotton in the world at 27.5 million 480 lb. bales each after China. India’s production is 23 percent of total world cotton production.• MY 22/23 yields are projected to be 461 kilograms per hectare. A decade ago (13/14), yields were around 565 kilograms per hectare.Indian cotton yields have declined by two percent on annualized basis over the last ten years.

The drivers of change are:

– New biotech events have been resubmitted for review

– Volatility in fiber prices will lead to higher poly-cotton blends

tightening of the monetary policy would impact growth outlook

Meanwhile, according to the Cotton: World Markets and Trade latest report (September), Pakistan’s 2022/23 consumption is forecast down 400,000 bales to 10.5 million this month pressured by a smaller crop. Domestic production is forecast down 700,000 bales to 5.5 million, the second lowest production level in nearly 40 years and attributed to recent floods and heatwaves. Smaller-sized mills are particularly reliant on domestic supplies and unable to fully substitute with imports.

Imports are now projected at their second highest level to 5.0 million bales, up from last month’s projection of 4.8 million. With a significant production decline in the United States, its largest supplier,the All Pakistan Textile Mills Association is reported to have asked government officials to consider lifting the country’s restriction on imports of Indian cotton. The country restricted India cotton in 2019 due to border disputes and this urgent request underscores Pakistan’s dire need for cotton. Falling consumption is also attributed to nationwide energy shortages and higher electricity prices as heatwaves are straining local power grids. Higher costs lower mills’ profit margins, particularly for denim manufacturers. Pakistan’s processed denim products account for a significant portion of exports, especially to the world’s two largest cotton apparel importers, the United States and Europe.

Pakistan’s textile industry is the largest manufacturing sector according to the country’s Ministry of Commerce, with cotton yarn, fabrics, and other value-added cotton textile products accounting for a significant portion of the country’s Gross Domestic Product. Cotton and textile products contribute roughly 60 percent of the country’s exports per annum according to a recent report from the Textile Commissioner’s Organization. Lower domestic supplies and issues with electricity availability are expected to pressure consumption and potentially curb future textile exports.

Global production is up 1.4 million bales at 118.4 million, and stocks are projected higher this month and unchanged from the previous year. Consumption is down slightly to 118.6 million bales with lower projected use in Pakistan and Vietnam. Global trade is unchanged as higher U.S. exports more than offset lower Brazil shipments. 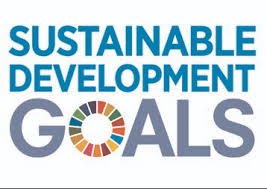 Regional cooperation essential to implementing the SDGs in Asia.