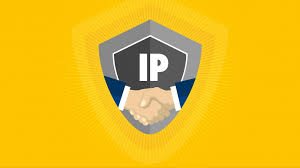 Indian industry makes a case for unhindered flow of skilled professionals in the backdrop of H-1B visa restrictions.

The US has called for greater protection of intellectual property, more investments in infrastructure, unrestricted foreign ownership in select sectors, political stability and predictability and timely dispute resolution at the India-US CEO forum, which took place through video conferencing.

At the meet, Indian industry made a case for freer flow of skilled professionals to the US referring to the recent suspension of H-1B non-immigrant visas for professionals till the year-end.
US Commerce Secretary Wilbur Ross, who co-chaired the meeting with Commerce and Industry Minister Piyush Goyal, said that the pandemic had brought the two nations closer in the area of pharmaceuticals, medical equipment and associated supply chains, according to an official release from the Commerce Ministry on Wednesday.

The Indian Minister emphasised on the importance of small businesses in the economies of both the countries and the need to increase employment and skilling in the sector. He said that the CEO Forum should chart out a new path in a post-Covid world.

James Taiclet, President and Chief Executive Officer, Lockheed Martin, who is the co-chair from the US side, highlighted the areas of unrestricted foreign ownership in certain sectors, policy stability and predictability, timely dispute resolution, protection of intellectual property and continuing investment in infrastructure as some of the key focus areas.

Taiclet expressed hope that cooperation between the two countries during the pandemic would continue in areas of building infrastructure, increasing bilateral investments, and generating jobs.

N Chandrasekaran, Chairman, Tata Sons, was the co-chair from the Indian side. In the backdrop of the H-1B visa restrictions that are hurting the Indian IT industry, Chandrasekaran urged Washington to recognise the contribution of India’s human capital to the US economy, and the need for unhindered cross-border mobility of such talent.

He also made a case for a India-US Free Trade Agreement as a natural progression and outcome of the deepening commercial engagement between the two countries.

Senior government functionaries, including Guruprasad Mohapatra, Secretary, Department for Promotion of Industry and Internal Trade; Taranjit Sandhu, Indian Ambassador to the US; and Kenneth Juster, the US Ambassador to India; also participated in the meeting.