The United States has accused China of manipulating its currency after Beijing let the yuan drop to its lowest point in more than a decade. The US treasury department had determined for the first time since 1994 that China was manipulating its currency, knocking the US dollar sharply lower and sending gold prices to a six-year high, it announced on August 5.  Even before the formal designation, Trump on the same day accused Beijing on Twitter of manipulating its currency.  “China dropped the price of their currency to an almost a historic low. It’s called ‘currency manipulation.’ Are you listening Federal Reserve? This is a major violation which will greatly weaken China over time!” Trump tweeted.  “As a result of this determination, Secretary Mnuchin will engage with the International Monetary Fund to eliminate the unfair competitive advantage created by China’s latest actions,” global newswires quoted the treasury department as saying.

The US statement followed China letting its currency weaken 1.4 per cent, sending it past the key 7-per-dollar level for the first time in more than a decade. Beijing also halted US agricultural purchases, inflaming a trade war that has roiled financial markets, disrupted supply chains and slowed global growth.  In its statement, the treasury department said the People’s Bank of China (PBOC) on August 5 made clear that Chinese authorities had ample control over the yuan exchange rate despite their rejection of any claims of manipulation.  “This is an open acknowledgement by the PBOC that it has extensive experience manipulating its currency and remains prepared to do so on an ongoing basis,” the statement said.  Hours before the US action, PBOC governor Yi Gang said the yuan was now at an appropriate level given China’s economic fundamentals. He said that China would not engage in a competitive devaluation and would maintain the stability and continuity of foreign exchange management policies. Yi has been a key player in US-China trade negotiations.

The PBOC had linked the yuan’s weakness to the fallout from the trade war, but said it would not change its currency policy and that two-way fluctuations in the yuan’s value were normal. As China’s actions violate its commitment to refrain from competitive devaluation as part of the Group of 20 (G20) industrialised nations, the treasury department said it expected China to adhere to those commitments and not target China’s exchange rate for competitive purposes. The US treasury had designated Taiwan and South Korea as currency manipulators in 1988, the year in which the US Congress enacted the currency review law. China was the last country to get the designation, in 1994. 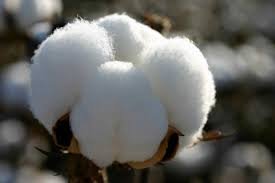 Jammu & Kashmir a priority region for the Indian Textile Ministry