The NDA Government brought several historical reforms during its tenure 2014-2019 especially on the tax structure making the country “One Nation One Tax One Market” by implementing the GST successfully.  Now, the Government has announced 10 point vision for next decade intending to make the country to achieve 5 trillion US $ economy in few years.

In a Press release issued here today, Mr.P.Nataraj, Chairman, The Southern India Mills’ Association (SIMA), Coimbatore has welcomed the Union Budget 2019-20 that has laid ambitious targets to address various important issues relating to connectivity, power, skill development, etc.  Mr.Nataraj has appreciated the announcement of One Nation One Grid power sector tariff and structural reforms.  He has stated that the textile industry being the power intensive industry and facing problem of stiff competition in the global market would get greatly benefited with the proposed reforms addressing the barriers like cross subsidy surcharges, undesirable duties on open access and captive power generation.

Mr.Nataraj has also hailed the substantial progress made on infrastructure front and initiatives taken on Ease of Doing Business.  He has also welcomed the increase in the annual turnover threshold limit from Rs.250 crores to Rs.400 crores with regard to  25% corporate tax.   The announcement of four labour codes in place of multilple labour legislations is yet another welcoming feature in the budget, says Mr.Nataraj.

SIMA Chairman has stated that allocation of Rs.700 crores for Amended Technology Upgradation Fund Scheme was very much on lower side as the total pending TUF subsidy under various TUF Schemes is amounting to around Rs.10,000 crores.  He has hoped that once the Ministry of Textiles conducts Joint Inspection  and make the claims, adequate funds would be provided to enable the industry to mitigate the financial stress currently being faced.    He has added that out of Rs.17,822 crores fund allocated for TUF subsidy for the period 2017-2022, only around Rs.2400 crores has been utilized and has appealed to the Government to expedite the release of subsidy. 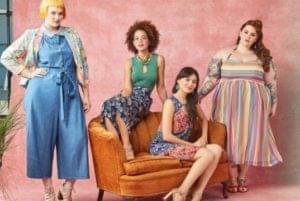 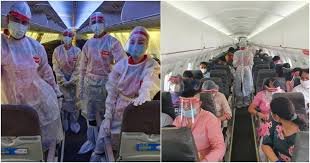 Does Coronavirus spread during flight journeys? Here is what we know about in-flight transmission of COVID-19.