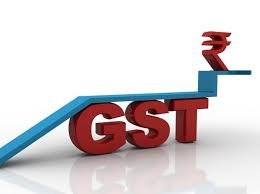 Association president S P Jeyapragasam said that it had a membership of more than 5,000 food and business operators including more than 150 trade bodies from across the state.

The 74-year-old Tamil Nadu Food Grains Merchants Association has demanded that the Central government should make appropriate changes in the GST regime, failing which thousands of small and medium industries and traders in the state would have to close down their business. According to it, the system has been penalizing true tax payers, while tax evaders thrive. The association also demanded to extend the date for filing the annual GST returns till December 31.

Association president S P Jeyapragasam said that it had a membership of more than 5,000 food and business operators including more than 150 trade bodies from across the state. Earlier, many commodities were exempted from VAT and most of the food products were exempted from excise duty as well. After the implementation of GST, price of food items has increased. It has resulted in tax evaders in the commodities/services sector benefitting more from the high rate of taxes.

The association members had been able to meet former union finance minister Arun Jaitely regularly and get many changes made in the system. But now they are not able to meet Union finance minister Nirmala Sitharaman and get their grievances solved. Under GST system, commodities such as rice, dhal, flour and millets are levied 5% tax if it is registered under a brand name and exempted from tax if marketed under an unregistered brand with the declaration of the same on the packet. This has resulted in various poor quality products under the same brand name flooding the market. Rice brand Nawab from Tamil Nadu is one such brand, which has been affected by the clause. Hence, brands built by the hard work of many generations are demolished to overcome the high taxes.

Most of the merchants have been using the services of an accountant who would tally their day’s bills at the end of the day and give them details. The accountant was paid Rs 500 a day, but now they have to pay very high amounts to chartered accountants to tally their sales and are uncertain whether it has been done correctly. Making a mistake while filing returns cannot be corrected under the present system and the tax payer stands to lose.

Products that have higher tax rates have a higher rate of tax evasion. The match industry needs 21 input materials and many of the manufactures from the state source their raw materials from the northern states. Manufacturers and traders make their payment to the suppliers along with GST, but the supplier in turn defaults in paying the GST to the government and many traders from Tamil Nadu have had to pay the tax again. Jeyapragasam said that the government could help them overcome this problem by allowing the traders to pay the GST directly to the government, instead of having it done through suppliers.

Most of the small and cottage industries have a large workforce, predominantly women. But now they are on the verge of closure, because GST rules have made it impossible for them to make even a small profit. To overcome these problems, they said that the GST Act, rules and regulations should be published in all regional languages. A GST committee comprising the state commercial taxes minister, authorities and representatives of the trade bodies should be formed. The procedure for deduction of taxes from IGST, CGST and SGST should also be changed, they urged.