BAMAKO, Thomson Reuters Foundation – For years, Mali’s government has helped Yacouba Kone pay for the fertiliser he uses on his cotton crop – as long as he also devotes some of his land in the south to growing cereals.

In Mali, cotton and food are closely linked: To hold the country’s spot as one of Africa’s top cotton producers and keep its people fed, cotton farmers get state subsidies on the condition that they also cultivate crops like corn and millet.

That support has made it possible for farmers to access some of the resources they need to adapt to the effects of climate change, such as buying fertilisers to enrich nutrient-depleted soil and using drought-resilient seeds. But now Mali’s food production is under threat as the economic fallout from the coronavirus pandemic has sent the price of cotton plummeting, farmers warn, leaving them unable to afford key climate-smart inputs, even with government help.

The West African nation has recorded about 1,860 cases of COVID-19 and just over 100 deaths from the respiratory disease, according to a Reuters tally.

As Mali’s leaders focus on buying hospital equipment and rescuing small businesses, farmers say not enough is being done to shore up the agricultural sector, leaving it at the mercy of climate change and the pandemic.

Kone said the state-owned Malian Company for Textile Development is now paying around 25% less for the cotton it purchases from him and other farmers.

All the cereals they produce, including corn and millet, depend on the fertilisers they buy with cotton proceeds, said Kone, who lives in the Kadiolo region, one of the country’s major grain-producing areas.

“If the state does not take urgent measures to support farmers, the coronavirus will jeopardise food security,” he said.

Oumar Tamboura, Mali’s national director for agriculture, acknowledged that the pandemic had resulted in a significant drop in income for the “vast majority” of small-scale farmers, mainly due to difficulties in marketing some of their products. 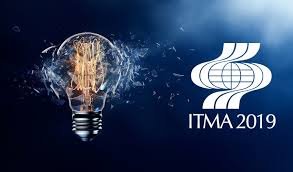