UK GSP to launch from January 1. 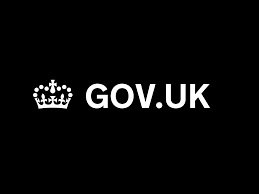 The United Kingdom’s generalised scheme of preferences (GSP) will cover all countries currently eligible for trade preferences under the European Union’s (EU) GSP after the end of the transition period, the UK government recently said. The scheme will cover all eligible countries that do not have their existing trade agreements transitioned into a new agreement with the United Kingdom.

The UK government said in a press release it is planning on improving the scheme to better support developing countries and more details will be announced in 2021.

The LDC framework is for countries that the United Nations classifies as LDCs. Imports from these countries have quota-free access and nil rates of import duty on all goods other than arms and ammunition. Countries in this framework include Bangladesh, Cambodia, Ethiopia, Gambia, Haiti, Laos, Myanmar and Nepal.

The general framework is for countries that the World Bank classifies as low-income and lower-middle income countries. Imports from these countries have reduced rates of import duty on certain goods. Countries in this framework include India, Indonesia and Nigeria.

Countries including Algeria, Egypt, Georgia, Ghana, Guatemala, Honduras, Kenya, Morocco, Tunisia and Vietnam are in the in the process of reproducing the effects of an EU trade agreement. They will receive GSP market access if they do not implement a trade agreement with the UK before January 1, 2021.

The enhanced framework is for countries that are classified by the World Bank as low-income and lower-middle income countries economically vulnerable due to a lack of export diversification and a low level of integration with the international trading system. They must also implement 27 conventions relating to human and labour rights, environment and good governance.

Imports from these countries have a nil rate of import duty on certain goods. Countries in the enhanced framework include Armenia, Bolivia, Mongolia, Pakistan, the Philippines and Sri Lanka.

GSP rates may be suspended for countries once they implement a new trade agreement with the UK, which provides them with equivalent or better preferential market access than the GSP.

Preferential rates of import duty may be suspended on a specific product group that is already highly competitive without trade preferences. This is known as goods graduation. Three leather events in 2021 to be hosted by Ethiopia