The BoE said according to Monetary Policy Committee it kept Bank Rate at low of 0.1% and left its target for bond-buying. Two of its policymakers Michael Saunders and Jonathan Haskel voted for 100 billion pounds’ worth of more bond-buying firepower.

According BoE it saw a dip of 14% in Britain’s economy in 2020 followed by 15% bounce-back in 2021.Such a scenario would require very significant monetary and fiscal stimulus.
Many economists expect the BoE to increase its asset purchase programme next month, before the extra 200 billion pounds it gave itself in March is used by the furious pace of its buying of British government debt.

Governor Andrew Bailey said that “the Bank will act as necessary to deliver the monetary and financial stability that are essential for long-term prosperity and meet the needs of the people of this country and this is our total and unwavering commitment.”

Both the decisions are announced on Thursday were in line the forecasts of most economists in a Reuters poll.

Britain’s government has already rushed out spending and tax measures worth about 100 billion pounds to try to counter the effect of its coronavirus lockdown.
The BoE said it expected a 25% plunge in British GDP in the period of April-June with the unemployment rate  doubling to more than 9%. 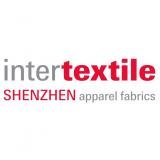 ‘Made in China’: a label redesigned in Shenzhen A NEW ERA FOR TRUTZSCHLER IN INDIA