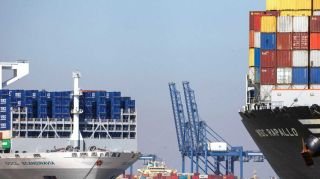 The United Kingdom recently announced an independent approach to the long-standing trade conflicts between the European Union (EU) and the United States around steel, aluminium and aerospace tariffs. To defend the UK steel industry, UK international trade secretary Liz Truss rolled over tariffs in response to the unjustified ‘Section 232’ tariffs imposed by the US on aluminium and steel imports.

These tariffs will continue from January 1 when the UK becomes an independent trading nation once again.

The Department for International Trade will launch a consultation to ensure these tariffs are shaped to UK interests and tailored to the UK economy, based on evidence and input from key stakeholders. Details of the scope and timing of the consultation will be confirmed in due course, said a UK government press release.

In parallel, the UK government is suspending retaliatory tariffs resulting from the Boeing dispute in an effort to bring the United States towards a reasonable settlement and show that the UK is serious about reaching a negotiated outcome.

The government reserves the right to impose tariffs at any point if satisfactory progress towards an agreeable settlement is not made, the press release said.
The twin announcements are part of the government’s strategy to de-escalate trade tensions so the United States and the United Kingdom can move forward to the next phase of their trading relationship, and ultimately draw a line under a dispute that harms industry on both sides of the Atlantic.

“Ultimately, we want to de-escalate the conflict and come to a negotiated settlement so we can deepen our trading relationship with the US and draw a line under all this. We are protecting our steel industry against illegal and unfair tariffs—and will continue to do so—but are also showing the US we are serious about ending a dispute that benefits neither country,” Truss said.

In 2018, the US government announced that under Section 232 of the US Trade Expansion Act of 1962, it would place tariffs on EU imports of steel and aluminium.

In response, the EU imposed counter-balancing measures on US products. 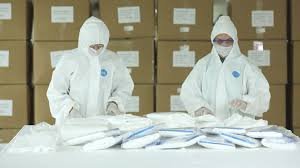