The growth in exports in February declined to just 0.67 per cent against 6.16 per cent in January due to subdued external demand because of Covid-19.

Exports stood at $27.93 billion in February. Imports, on the other hand, grew 6.96 per cent at $40.54 billion, the data released by the commerce ministry on Monday showed. The trade deficit gap — between imports and exports — narrowed to $12.16 billion from over $14 billion in January. ‘

Exporters said a dip in exports was mainly on account of container shortages across the country and limited supply disruptions in the last week of February due to a jump in the number of Covid-19 cases in some states.

“We continue to see signs of further revival not only in the order booking positions but also in the demand from across the globe, paving the way for much better days for the sector. However, rising exports from China has led to the shortage of containers in the region as most of the empty containers are available only for exports from China, as the shipping lines and container companies are being paid hefty premiums for bringing empty containers back to China,” said Sharad Kumar Saraf, president of Federation of Indian Export Organisations (FIEO).

Exports of items such as iron-ore, rice, cereal preparations meat, dairy and poultry products, spices, drugs and pharmaceuticals, handloom products, coal and other ores continued to rise. However, items such as petroleum products, oil seeds, leather, cashew, gems and jewellery, electronic goods, marine products that have major contributions in the country’s exports basket shifted to the negative territory.

As far as imports are concerned, the data showed that inward shipments of gold grew 124 per cent, while that of electronic goods and chemicals grew 38 per cent and 37.6 per cent, respectively.

“While the oil deficit eased, the non-oil merchandise trade deficit widened considerably to $6.4 billion in February 2021 from $2.8 billion in the year-ago month, more than 80 per cent of which was on account of a surge in gold imports after the presentation of the Union Budget,” Aditi Nayar, principal economist, ICRA, said.

“Although a favourable base effect will push up the growth of both imports and exports in March, we expect the trade deficit to widen to $13.5-14.0 billion in this month,” Nayar said.

During the first 11 months of the current fiscal year, the merchandise exports contracted 12 per cent year-on-year at $256.18 billion. Similarly, imports also shrunk 23.11 per cent to $340.80 billion.

Exim Bank on Monday said it expects merchandise exports to touch $78.6 billion logging in a 4.9 per cent growth on-year in the March quarter, of which non-oil exports are seen at $73.9 billion — 12 per cent more than the year-ago period.

During the March quarter of FY20, merchandise exports stood at $74.9 billion and non-oil shipments at $65.9 billion, Exim Bank said in a statement on Monday. 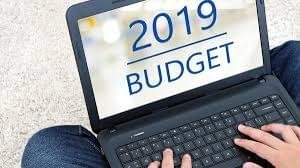 400: Rapidly Transforming the Global Fashion Supply Chain to Save Forests