In addition, representatives of industry associations viz. The Confederation of Indian Textile Industry, Tiruppur Exporters Association and The Southern India Mills’ Association also participated in the meeting. He said that a two-day meeting should be organised to discuss new ideas on strengthening the Textile sector. At least 50% participants should be youngsters and there should be involvement of Quality Control of India (QCI), Commerce, DPIIT, Finance, Banking Export Insurance for holistic engagement so as overarching themes may be discussed. The Union Minister said that last year, Textile export was approx. US$42 billion while the target is to achieve US$100 billion by next 5-6 years. He mentioned that if achieved, the economic value of the sector will be US$250 billion collectively for domestic and international.

Mr. Goyal introduced Ms. Rachna Shah, IAS with the EPCs, who will be officially taking charge as Secretary Ministry of Textile on November 1st, 2022 after superannuation of Mr. UP Singh, Secretary Textile on October 31st, 2022. He directed Ms. Shah should visit the Textile hubs like in Surat, Noida, Tiruppur, Coimbatore and others. In addition, applications proposed under PM Mitra around these hubs may also be visited for observation and recording response of the industry representatives. He said that funds are available under Textile Mission and should be utilized in new projects. He added the potential of Textile Sector may be showcased in G-20. Participation of industry representatives in the shopping festivals recently announced by the finance minister may also be pursued, he said. 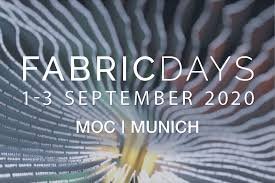 Creative environment for efficient work to be offered at Fabric Days In fourth quarter Burberry’s sales down by 27%