The various reforms taken by Narendra Modi under the “Make in India” reform has not helped all the players of various sectors. These reforms have back-fired at Narendra Modi as the global brands like Toyota have begun thinking negatively about it. Toyota has decided that it’s brand wont further expand in India due to the country’s high tax regime. Shekar Viswanathan- vice chairman of Toyota’s local unit, Toyota Kirloskar Motor said that the government keeps taxes on cars and motorbikes so high that companies find it hard to build scale.

In an interview, Vishwanath said that, ““The message we are getting, after we have come here and invested money, is that we don’t want you.” He also said that, “we wont exit India, but we wont scale up.” The brand Toyota is existing in India since 1997 and is considered as one of the world’s biggest car makers. Its local unit is owned 89% by the Japanese company and has a small market share. The sales level has dropped up to 50% in the span of 1 year i.e. from 5% it went down to 2.6%

The tax rate of 28% is charged on two-wheelers and sports utility vehicles in India, whereas for SUVs which is of 4-meters long the tax rate works out to be as high as 50%. On this part, Viswanathan said that these punitive taxes discourage foreign investment, erode automakers margin and make the cost of launching new products “prohibitive”.

The tax rate charged on electric vehicles is 5% right now, but according to Viswanathan once the sale of EV’s boost, the government will increase the taxes too. He believes this has become a pattern of the Indian government.

Automobiles sales this year has turned into a slump before the coronavirus pandemic. It has been predicted that in order to reach back those levels, it’ll take 4 years or more. At the end Viswanathan said, “at the slightest sign of a product doing well, they slap it with a higher and higher tax rate.” 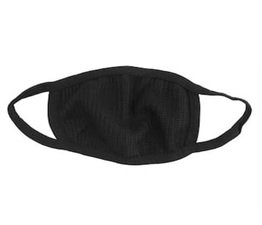