To the Irreversible Climate

It’s high time when we accept that climate change is real and it is happening. Is it too late for us now? Will our course of action define the planet’s future?

It’s a state of planetary emergency where Earth’s climatic systems are underway, leading to the warning of climate scientists. Since the beginning of time, humans have happened to cause changes to the environment. And have set more changes in the motion. Even if we put a stop to the emission of greenhouse gases, global warming would still continue to happen. Not until a few decades but centuries, possibly. That’s because it takes a while for the planet (for example, the oceans) to respond and because carbon dioxide – the predominant heat-trapping gas – lingers in the atmosphere for hundreds of years. There is a time lag between what we do and when we feel it.

We can’t put a stop climate change as it’s already here, and it’s already too late to reverse many of its catastrophic effects. But it may not be too late to avoid or limit some of the worst effects of climate change. There are few questions that we should ask ourselves. What will our emissions of carbon dioxide and other pollutants be in the years to come? Recycling and driving more fuel-efficient cars are examples of important behavioral change. This would help, but they are not enough. Because climate change is a truly global, complex problem with economic, social, political and moral ramifications. The solution will require both a globally-coordinated response. Such as international policies and agreements between countries, a push to cleaner forms of energy. And local efforts on the city- and regional-level. For example, public transport upgrades, energy efficiency improvements, sustainable city planning, etc.

7 years until the irreversible climate change

At Manhattam’s Unique Square, a new digital clock was installed over two months back. The clock reveals exactly how many years, months and days we are left with until the climate change is irreversible. It is high time we realise that this is an emergency that has the power to later the human existence. The Climate Clock unveiled by artists Gan Golan and Andrew Boyd. Based on the current emission rates, it counts down until Earth’s crust is depleted. A total depletion that will thrust the world into further turmoil and suffering through more flooding, more wildfires, worsening famine and extensive human displacement, according to the artists.

It counts the days for how long it will take for the world to burn through its carbon budget. To keep the warming under 1.5 degrees Celsius, swift actions are required to be taken. If Earth’s temperatures increase by 1.5 degrees Celsius, the planet will fall victim to extreme heat waves, fires, droughts and limited water availability, a 2019 NASA report on global climate change warns.

Its high time we, humans accept that global warming is real. And climate change is also real and act accordingly. We cannot avoid the consequences of climate change. But we can surely reduce its aftermath and have enough time to make up for its events. 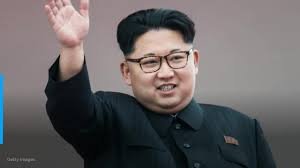