Nearly 9,000 units and 800,000 workers, who are employed directly and indirectly, are on strike after the Rs 50,000-crore knitwear industry in Tamil Nadu’s Tirupur on Monday decided to protest againt the spike in yarn prices.

According to industry sources, the production loss is estimated to be around Rs 165 crore due to the strike.

As many as 27 knitwear stakeholders’ associations and 8 trade unions have called for the strike, which will involve about 9,000 worker units, catering to both domestic and export markets. These units employ around 800,000 workers directly or indirectly.

The turmoil in garment manufacturing—the lynchpin of Tirupur’s economy—has had a cascading effect on the entire value chain in the region, said Raja Shanmugham, president of Tirupur Exporters Association.

Commonly used combed cotton variants such as 30s and 40s—which indicate the thickness and fineness of the yarn—have seen their prices surge by 24 per cent from Rs 215 to Rs 268 a kilogram.

In order to control the rising yarn prices and to bring it to the attention of the Centre and state governments, associations and trade unions have decided to close all shops on Monday, Shanmugham said.

“We have been facing this price hike issue since last year. It has resulted in an increase in our product prices ranging from 1-1.5% to 4%,” said Vinod Kumar Gupta, managing director of apparel firm Dollar Industries Limited.

Representatives of the industry have written to Union Finance Minister Nirmala Sitaraman and Union Textile Minister Smriti Irani to look into the spike in yarn prices which is hurting small and medium-sized businesses.

Many players in the sector are facing issues due to raw material shortage and might be forced to halt their operations if this continues, Gupta said.

The knitwear industry also went on strike in 2010 when yarn prices shot up suddenly. 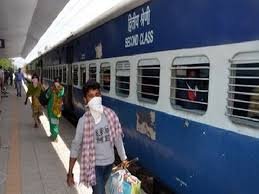