ThredUp, a second-hand clothes marketplace, claims a 26.7% increase in revenue in the second quarter The secondhand market is expanding! At least, that’s what ThredUp’s stats indicate. The American clothes resale marketplace recorded a 26.7 percent increase in revenue in the second quarter.
ThredUp’s revenue increased to US $ 59.96 million in the fiscal quarter that ended 30 June 2021, up from US $ 47.34 million the previous year.
Confirming the same to the media, James Reinhart, CEO and Co-founder, stated that these figures clearly demonstrated the rising power of the secondhand market.
ThredUp’s active purchasers increased to 1.34 million in the third quarter, with orders totaling 1.22 million.
While the resale platform’s net loss increased to $14.38 million, its gross margin increased to 73.6 percent from 69.7 percent the previous year.
ThredUp has just expanded! Aside from some outstanding sales statistics recently, it has just announced plans to acquire the fashion resale firm Remix Global AD as part of its effort to grow into Europe. 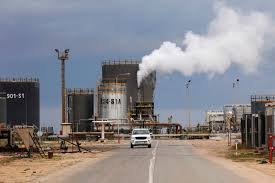