Pinghwa Okorie developed a passion for the beach early in life. Okorie, whose father is Nigerian and whose mother is Taiwanese, often traveled to tropical destinations, such as her mother’s homeland and the Philippines. But no matter how many pieces of swimwear she bought, they were never quite right.

“Growing up in Lagos, it was hard to find swimwear that I loved and felt comfortable in,” she says.

Okorie, who studied business at George Washington University in the U.S. and is a digital marketing specialist by trade, realized that there was a growing market for such swimwear. In addition to the boom in tourism that many parts of Africa have been experiencing, Okorie has noticed that over the past few years, locals have been taking more advantage of the city’s proximity to beaches.

“That’s almost like our escape outside of the hustle and bustle and the stress of the city,” she says. “A lot of the beaches are accessible by driving an hour, or you can just take a boat, whether it’s 15 minutes or 30 minutes away, to get there.”

Launched in 2019, Salt and Sunscreen is “based on the beauty of an African woman—the feminine physique and accentuated curves.” The brand also gives creative nods to its birthplace, such as the Merah Hati shade in its most recent collection, which was influenced by the red sand of Okorie’s father’s hometown in Enugu state.

Black Enterprise spoke to Okorie about how she came to develop Salt and Sunscreen as a swimwear brand that celebrates her minimalist aesthetic, caters to diverse bodies, and pays homage to her homeland. 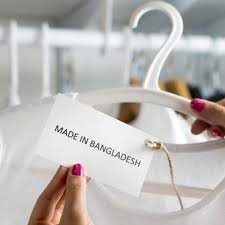 Lenzing makes an investment in a new wastewater treatment plant