Garments are not just one of the essential needs of all human beings; it is viewed as an extension of the bodies of the wearers, as a kind of “second skin.” And if clothes Can offer wearers psychological comfort in terms of ornamentation and social standing, The primary purpose is to serve as a boundary between wearers and their environment, offering both thermal and weather protection and physical comfort. It is well known that daily clothing will effectively offer social , physical and physiological support to wearers in a natural setting (cold, temperate or warm). Nonetheless, this style of apparel is not acceptable for those who usually work in hazardous environments. The one with the Modern technologies, the danger of human vulnerability to a range of industrial hazards (chemical, medical, radioactive, mechanical, and thermal) has increased. Of starters, employees in different manufacturing industries, such as pharmaceuticals, petrochemicals, fertilizers and nuclear energy, may be subjected to chemical substances. Biological and radioactive hazards; certain security staff (e.g. military, police, Military) can be vulnerable to technical threats, such as bullets or knives; Firefighters may potentially be exposed to thermal hazards such as flames, radiant heat, hot surfaces, open flames, steam.

In order to allow for extra security varieties of specialized protective clothing have been identified from these occupational hazards developed and commonly used by staff in business and government. In case of such fire hazards, Effective fire suppression by firefighters is very important to minimize human and a lack in economy. Active thermal protective apparel is also key to the health of firefighters. In general, unregulated fires are likely to arise in three places: natural environments, concrete structures, and automobiles. These uncontrolled fires are caused by the ignition of a single or mixture of specific, flammable materials and chemicals, such as stone, polymers, carbon, coal, etc. The combustion of these compounds spreads exponentially. Fire from its origins to the local region by nearby fuel substances. Those unregulated fires are very destructive and will ruin properties, human lives and millions of acres of forest depending on the location. Occasionally, the results of these unchecked fires are greater than the real fires, in fact, if there is significant runoff. This can trigger landslides, ashfall, and fire. Floods may inflict more collateral loss and impact the residential environment and supply of resources.

High performance to mitigate firefighters burning lesions or fatalities materials were invented. Application of these fabrics, various personal security measures equipment (PPE), such as protective thermal clothing , footwear and self-contained breathing apparatus (SCBA) was developed and used extensively in the branch. This PPE offers protection against burns, harmful gasses inhalation, and so forth. Thermal safe apparel has been checked carefully to help minimize burning injuries and/or deaths by firefighters, by protecting them from exposed heat environments, and their metabolic heat and sweat vapor are transmitted to the ambient environment.

The article is written by Ayman Satopay 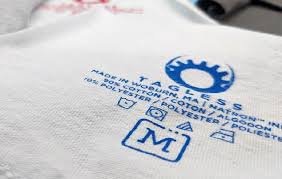 Consumer Price Index Number for Industrial Workers on base 2001 = 100.