According to a Wam report, the UAE is emerging as a significant investor in India’s textile business, even as India ramps up its attempts to double handloom textile exports in the next three years.
The Ministry of Textiles established a high-level, eight-member expert group today to increase handloom output and promote exports. According to an announcement, the group has been entrusted with developing a plan to attain these goals.
The UAE topped the chart of investors from the GCC in the textile sector with Oman and Qatar in second and third places. The government has released funds worth Indian rupees 1.25 billion ($16 million) for eight Centres of Excellences in textile research across India. In addition, 10 new Handloom Design Resource Centres are to be set up by the National Institute of Fashion Technology (NIFT). The UAE has invested $23.09 million in India’s textiles sector in the last five years and is growing, the Ministry of Foreign Affairs said. The Minster of State for Textiles, Darshana Jardosh, said on this occasion that “handlooms are a symbol of India’s rich and varied cultural heritage” More than 70 per cent of all weavers and allied workers in India are women. 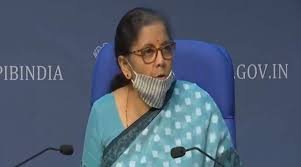 Autumn displays in Shenzhen are rated a success