During the pandemic, increased demand for facemasks and medical textiles accelerated the growth in global nonwoven fabric exports. China remains the largest supplier of the product worldwide. By 2030, the market for nonwovens should expand to 13M tonnes driven by the recovering demand from the construction, manufacturing and agricultural sectors as well as continued high consumption rates in the medical industry.

The global nonwoven fabric market size was estimated at $38.3B in 2020, picking up by 6.9% against the previous year. This figure reflects the total revenues of producers and importers (excluding logistics costs, indirect taxes and retailers’ margins, which will be included in the final consumer price). Booming demand for facemasks and other medical textile goods remains the key driver of the nonwovens market.

Driven by the same factor, global nonwoven fabric exports grew by 8.8% to 4.1M tonnes in the last year. China, with 1.4M tonnes supplied abroad in 2020, is the unchallenged global leader in exports of nonwoven fabrics, comprising a 34% share of the global figure. China, together with Poland, Spain Czech Republic, India and Japan, also featured the highest gains in exports.

As the rate of counter-COVID immunization increases worldwide, the pandemic’s effects on the economy are expected to diminish. Thanks to this, in 2022-2023 there will no longer be roaring demand for nonwoven fabrics in the medical sector, and it could decrease relative to current levels. However, in the midterm, the demand will retain an upward trend. The main factors driving this growth will be heightened health and sanitary regulations and new personal hygiene habits developed during the pandemic.

Brisk growth in manufacturing and construction, which is possible when the pandemic lifts off, will drive demand for filtering and high-density nonwoven fabrics. In the agricultural sector, consumption of spunbond is forecast to rise due to its increasing use in greenhouse coverings. These factors will become the underlying engine for future expansion of the nonwovens market, which IndexBox projects will reach 13M tonnes by 2030.

For the ninth consecutive year, the global market recorded growth in the production of nonwoven fabrics, which increased by 2.3% to 10M tonnes in 2020. The total output volume increased at an average annual rate of +3.6% over the period from 2012 to 2020. In value terms, nonwoven fabric production expanded slightly to $36.5B in 2020 estimated at export prices.

For the ninth year in a row, the global market recorded growth in overseas shipments of nonwoven fabrics, which increased by 8.8% to 4.1M tonnes in 2020. The total export volume increased at an average annual rate of +5.3% from 2012 to 2020. In value terms, nonwoven fabric exports expanded markedly to $17.4B (IndexBox estimates) in 2020.

In value terms, China ($5B) remains the largest nonwoven fabric supplier worldwide, comprising 29% of global exports. The second position in the ranking was occupied by Germany ($2.1B), with a 12% share of global exports. It was followed by the U.S., with an 11% share.

The average nonwoven fabric export price stood at $4,199 per tonne in 2020, increasing by 3.7% against the previous year. From 2012 to 2020, the most notable rate of growth in terms of prices was attained by the U.S., while the other global leaders experienced more modest paces of growth. 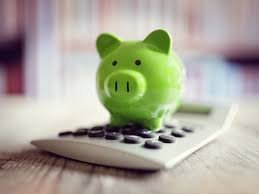