The location of mega textile parks should not be predetermined: Secretary of Textiles

The Centre has opted not to “pre-judge” the feasibility of any place for its Mega Integrated Textile Regions and Parks (MITRA) programme, which would see the establishment of seven parks outfitted with world-class infrastructure and plug-and-play amenities. Instead, before making a decision, the government will carefully adhere to the challenge approach of assessing factors such as land, labour, and infrastructure availability.
The draft note for setting up the seven MITRA parks has been sent to Cabinet for seeking its approval. The only prerequisite is that the land availability for the parks must be a minimum 1,000 acres. Selection will be strictly on the basis of the challenge method, Textile Secretary UP Singh said.
Under the challenge method, all proposals put forward by States are pitted against each other and judged on the basis of listed criteria. The States that obtain the maximum points for their proposals would get selected. Factors like availability of raw material, power, and adequate water and other factors like labour laws and industrial policies of States are also considered.
Finance Minister Nirmala Sitharaman proposed the MITRA scheme in Budget 2021-22 to enable the textile industry to become globally competitive and attract large investments. She said that this will create world class infrastructure with plug and play facilities to give rise to global champions in exports. States will then apply for the scheme based on expression of interest floated by the Textile Ministry which will subsequently select seven proposals based on the challenge method. 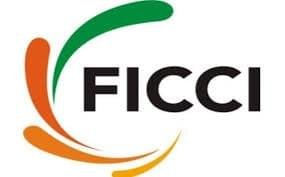 Taxman may Get to Block Doubtful Input Tax Credit.