The hospital knitting group crafting the blankets of goodbye Facing the looming death of her terminally ill mother in hospital, Susi Long felt a crushing sense of powerlessness. But when a knitting group made her mother a simple blanket, Mrs Long realised how even the smallest things can have the biggest impact.

It is soft and thick and vibrant in pink, orange and turquoise.

When Mrs Long thinks of her mother as she lay dying in hospital, her memory is not one of tubes, machines or the crisp austerity of hospital bed linen. It is of a loving mother leaving this world beneath the warm comfort of wool and a kaleidoscope of hues.

“The vision I have of mum is of her asleep in her blanket,” she said.

The blanket was crocheted by friends of ward sister Sarah Sands.

Knowing how much that blanket helped her and her mother in those final days gave Mrs Long the impetus to team up with Ms Sands to form a knitting group dedicated to providing end-of-life comfort to terminally-ill patients.

Two years on, and the main room in an otherwise nondescript temporary building on the periphery of Colchester Hospital fills with the faint tapping of needles against a stacked rainbow backdrop of wool of now complete blankets.

The group meets fortnightly on Saturday mornings. The idea behind the Blanketeers is simple: members create blankets in every colour and pattern imaginable and families of the dying are invited to choose whichever one they like. This ability to make a choice in a situation where families often feel powerless can have a big impact.

One of the original members, Sandy Thornton takes between two and three weeks to crochet each blanket.

Keen on crochet and knitting for many years, Mrs Thornton said: “When they explained what it was all about I thought it was a very good cause and I wanted to be involved in it.”

Many Blanketeers quietly admit they expected a circle of six wizened old ladies knitting in a darkened room whose silence would be broken by the occasional crackle of burning logs from an imagined fireplace.

“I thought it would be a group of old women,” said recently-joined member Sharon Scott. “But it is not at all like that. It has really inspired me.”

Without fail, the preconceptions of members are turned upside down by the Blanketeers.

The club has dozens of members of all ages. The room is airy and light. A frequent cackle of laughter rather than burning timber.

The youngest members are friends Kate Stainsby-Simpkin and Libby Nottingham, both aged 10.

“I’m enjoying it,” said Kate, who has fast become a pom-pom specialist but hopes one day to graduate to full-size blanket-making.

“It is nice to come along with a friend,” said Libby. “It is really fun because we get to do lots of things and the food is nice.”

Some of the members also work at the hospital. Janette Streeting, for example, is a diabetes specialist nurse.

“I found out about the group through Facebook,” she said. “I have been crocheting since I was about four years old and I do this all the time. I am now on my 46th blanket.”

By coincidence her husband works for the publisher of Let’s Knit magazine, which has become a regular donor of wool.

One of the recipients of a blanket was Ken Manson, who died in December 2018.

His widow is group member Pandora Mayo. She learned about the group via her daughter-in-law who works at the hospital.

“I find it so fantastic and come every single time. I felt so supported by this group then and ever since,” she said.

Mr Manson’s blanket was made by Carole Chalkley who, having herself undergone a heart bypass procedure, was keen to do something to help the acute cardiac ward.

Knowing Mrs Chalkley was skilled in crotchet, a friend working at the hospital suggested she become a Blanketeer.

“Sometimes we put messages on the tags with the blanket,” she says. “I just put my name on it. But we know it can be a big deal for families and we get a lot of lovely letters thanking us.”

It is not just the families of dying patients who have been helped by the Blanketeers.

Jane Bligh heard about the Blanketeers shortly before the death of her husband of 46 years, Alan.

He had bowel cancer, followed by a major operation on his liver, then Charcot arthropathy (a disease that attacks the bones, joints and soft tissue of the foot) and finally Parkinson’s Disease. He died on 24 January, 2019.

Although Mrs Bligh accepted a blanket, it did not arrive in time. A keen knitter for many years though, she did commit the group to memory. And two months after Mr Bligh’s death, she attended a session.

“There was a huge gap in my life,” she said. “This is an amazing and supportive group and we are working to a particular aim.”

She made two blankets before coming across a “trauma teddy”, a small bear made to comfort children at the hospital. These, she decided, were what she needed to create.

“It has given me a purpose, it has been my joy to make teddies for little children in difficulties and to know that a child somewhere is going to get help and comfort from them.

“This is my first little step. It has been huge for me and I am still getting through it.

“This group, I think, has saved my life.” 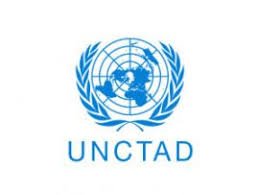 H.B. Fuller will construct a new plant in Egypt