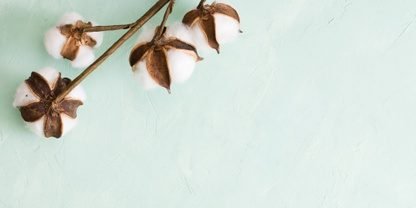 The Economic Coordination Committee (ECC) of the government postponed a decision on the intervention price for Cotton 2021-22 Crop for at least a fortnight, when the sowing would be entirely done, due to conflicting opinions of rural agriculturists and urban manufacturers.

Minister for Finance and Revenue Shaukat Tarin presided over a meeting of the ECC that approved 11 supplementary grants worth Rs20 billion a day ahead of budget approval and extended subsidy on five major kitchen items through the Utility Stores Corporation for 15 days instead of the ministry of industries’ demand of until December 31.

The house was clearly divided between two groups — Minister for National Food Security Syed Fakhar Imam and Minister for Industries and Production Khusro Bakhtiar on the one side pushing for incentivising cotton farmers and the other group led by prime minister’s adviser on commerce Abdul Razak Dawood, Interior Minister Sheikh Rashid Ahmad, Energy Minister Hammad Azhar and Mr Tarin who jointly knocked down the summary on technical grounds. Privatisation Minister Mohammadmian Soomro was neutral.

According to Mr Imam, the historical tendency suggests that intervention prices, even after sowing, encouraged farmers to employ fertilisers and chemicals, resulting in higher outcomes, and vice versa. Cotton output peaked at 14.1 million bales in 2004-05 and has been steady around 12 million bales since then, with the exception of the following four years, when it fell to 9.2 million bales in 2019-20 and just 6.98 million bales in 2020-21.

Cotton has narrow profit margins compared to competitor crops like sugarcane, maize, and rice, owing to a drop in area in Punjab and thin profit margins in cotton. Cotton production in the country might reach 20 million bales in 3-5 years, according to the ministry of national food security and research, if farmers are provided with proper equipment and paid a fair price.

“Lower cotton production is (also) hampering the industry’s growth, textile exports and elevating import bill of edible oil, raw cotton, livestock meal and causing economic insecurity in rural areas,” the summary pleaded. The summary sought procurement of 1-2m lint cotton at pre-determined rate based on Rs5,000 per 40-kg of seed cotton by the Trading Corporation of Pakistan through the Pakistan Cotton Standard Institute.

Finance Minister Tarin ultimately ordered that a committee provide a report on the problem within 15 days in order to make a decision on the cotton crop’s future policy orientation and whether or not it should be revived.

The ECC asked the power and finance divisions to come up with alternative solutions and options for obtaining money required funding by the Water and Power Development Authority (Wapda) within two weeks, based on a summary from the Power Division about payment of outstanding net hydel profits.

The committee never met, but the finance division reported to the prime minister’s office that, in order to alleviate the Central Power Purchase Agency’s liquidity problems, the power division would approach the government for Rs20-25 billion in bank financing, which the finance ministry would support.