“Sir thanks to you too for addressing all the concerns of the Industry and always assuring that decisions will be taken in best interests of the country and Industry. You actually listened to us and put across all our concerns.”

The RCEP is a Free Trade Agreement negotiated between ASEAN Member States and ASEAN’s FTA partners. The RCEP was launched at the 21st ASEAN and Related Summits in Phnom Penh, Cambodia in 2012. The negotiations for the RCEP commenced in 2013 between 16 countries viz., 10 ASEAN, Australia, China, India, Japan, Korea Republic and New Zealand. The agreement of 16 countries makes up 45% of the world population and contributes a third of the world’s GDP. The RCEP initiative aimed to be an ASEAN-led process through which ASEAN would broaden and deepen its economic engagements with its FTA partners. The RCEP was envisioned to lead to greater economic integration, support equitable economic development and strengthen economic cooperation among the countries involved.

Almost Seven years after India joined negotiations for the 16-nation ASEAN (Association for South East Asian Nations)-led RCEP (Regional Comprehensive Economic Partnership) or Free Trade Agreement, Prime Minister Narendra Modi announced on Monday that India was dropping out of the agreement, because of its negative impacts on most of Indian industries including textiles.

Current position of Indian textile industry is not healthy. Exports have been consecutively falling month-on-month, whereas imports have been on rise specially from China. China along with Korea Republic have been major surplus countries as far as Manmade fibre textiles are concerned. Therefore, signing RCEP was a big stress for the Indian Manmade fibre textile industry. Moreover, Indian MMF textile segment has been under huge stress due to non-availability of raw materials in India at international prices, besides other issues like Inverted Duty Structure of GST and pending of huge Government dues to the industry under various Schemes such as MEIS, RoSL/RoSCTL, etc. “It is the high time that Government needs to put in place a suitable mechanism and release the pending dues so as to enable the Indian textiles segment to become globally competitive” Shri Ronak Rughani categorically stated. 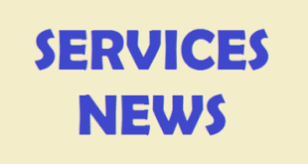